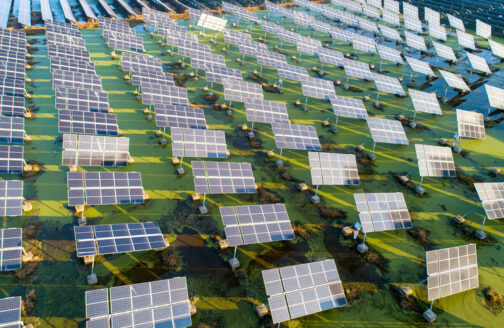 On the institutional disadvantages of democracy vis-à-vis climate.

In the international rivalry between China and the West, the bloc of traditional democratic states has plenty of reason to think it can outcompete Beijing. But in the struggle against climate change, China’s system of government has shown some advantages over Western democracies. The challenge facing the United States and Europe is severe: on one of the defining international problems of our time, the West cannot assume the systemic competition tips in its favor.

To be sure, neither the US nor Europe nor China has placed itself on a plausible path to fulfilling the overall goals of the Paris climate agreement – namely, the limiting of global warming to 1.5 degrees Celsius, or the less ambitious, and murkier, target of “well below 2 degrees C.”

But China has compiled an impressive track record when it comes to implementing its stated policy commitments. China has already achieved, ahead of schedule, 9 of the 15 targets it made at the 2015 Paris negotiations. On the same token, there is good reason to take at face value China’s current commitment to reach peak carbon emissions in 2030 and full carbon neutrality by 2060. The Chinese government has already released overarching plans for reaching those targets; and over the next year, it plans to release specific documents to steward its most carbon-intensive industries, including steel, cement and transportation.

It’s fair to debate whether China’s commitments are ambitious enough. But the West faces the more fundamental problem of overpromising and underdelivering.

The US and Germany both recently held national elections that placed climate change policy squarely at the center of national debate. It was an unprecedented democratic experiment: two of the world’s five largest economies committed to addressing the climate crisis through public discourse and public voting. And the results were auspicious: in both countries, the victorious parties vowed to uphold the Paris Agreement by translating it into policy.

But in neither country have subsequent policies fulfilled that promise. Germany’s Green Party succeeded at joining the national government, having earned a record-breaking 15 percent at the polls, after presenting the most detailed plans for limiting climate change to 1.5 degrees Celsius. But little of the party’s platform found its way into the governing agenda for the next four years. The Greens claimed a higher carbon price was necessary; no mention of any such increase made it into the coalition agreement. The Greens insisted that ending the domestic excavation of coal by 2030 was nonnegotiable; the government has failed to make a firm commitment to go that far. The Greens claimed the country would need to invest an extra Є50 billion per year in renewable energy infrastructure; the new government has vowed instead to maintain a balanced budget.

A similar slippage occurred in the US. President Joe Biden’s election platform boasted a carbon-free electricity sector by 2035 and full carbon neutrality for the entire US economy by 2050. But the central policies intended to achieve those timelines have no realistic chance of passing Congress. The administration will receive nowhere close to the $2 trillion that Biden claimed would be necessary to fund renewable energy infrastructure. Meanwhile, Senator Joe Manchin from the coal-producing state of West Virginia has refused to pass any law that explicitly disincentivizes the energy sector’s use of fossil fuels, as the Biden campaign had envisioned. At the same time, the Biden administration has openly lobbied the Middle Eastern oil-producing countries of OPEC to increase production, in hopes of lowering the price of gasoline for domestic drivers.

Representatives from the US and German governments claim their policies are the result of the necessary compromises demanded by the democratic process. Indeed, the structural impediments posed by domestic small-d democracy are daunting.

Perhaps the biggest failure of the domestic democratic process centers on the special interests with the most to lose from stringent reforms. Climate policy always involves a new configuration of winners and losers. Politics thus becomes a distributive struggle, with those less attached to the economic status quo pushing for a dramatic renegotiation of economic and social structures while facing resistance from interest groups that stand to lose out from such change.

The latter group typically has advantages in any such struggle, especially in liberal democracies that welcome interest group participation in the political process. As the economic beneficiaries of the current system, they start out by enjoying advantages in terms of their access to the political process and even to political veto points. By influencing lawmakers and the general political debate, they can help block policies such as carbon taxes or massive public investments to transform energy and transportation systems.

But even if those in favor of far-reaching climate policies organize themselves in opposition and succeed in making a strong showing in a national election, their adversaries won’t have disappeared – they will still be exerting their influence in society. The democratic process steers distributional disagreements of this sort toward compromise. This is precisely what happened after the German and US elections. If one side of an argument runs up against resistance from an opposing side, it’s good democratic practice to split the difference. The result is moderate climate policies, including less public money for an energy transition and extended timelines for exiting fossil fuels.

From the perspective of international rivalry with China, however, the moderation inherent to Western democracy may be another way of restating a fundamental problem. According to climate science, the timelines to limit warming aren’t an expression of subjectively perceived urgency but of objective measures defined by the boundary of a catastrophic climate tipping point. As the clock on that climate timeline continues to tick, China will be in a position to claim a greater share of global leadership – unless the West finds more effective ways of implementing climate policy consistent with its democratic values. 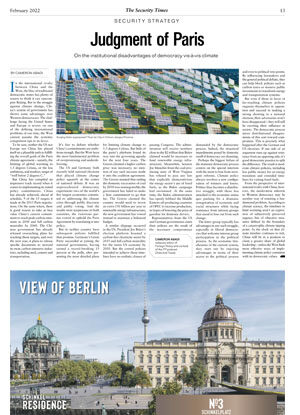