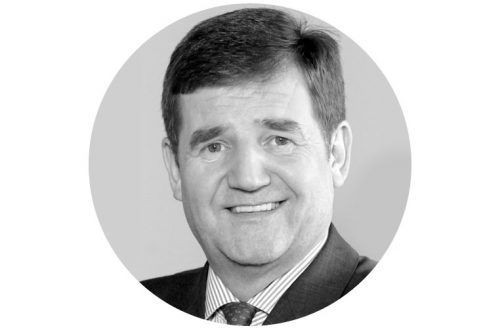 In Germany, we are proud of our constitution – and rightfully so. After the terror regime of the National Socialists, the authors of the German Basic Constitutional Laws decided that it was of utmost importance to create a constitutional democracy in which the protection of human dignity, fundamental human rights and civil liberty was guaranteed and enforceable.

Freedom of the press, speech, opinion and information are secured in Article 5 of the Basic Law, and carry a special importance. This is because a democracy that truly deserves the distinction is unimaginable without independent and diverse media. The media communicates and conveys democratic processes to the people. Citizens can use the media to inform themselves of current events, and to join discussions on relevant topics. Indeed, citizens are dependent upon critical, factual and responsible media to be able to fully exercise their rights.

However, what appears self-explanatory from a German perspective is vastly different from the reality beyond our national borders.
Within the short period of only four months, two investigative journalists were murdered in member states of the European Union. In October, the Maltese reporter Daphne Caruana Galizia was torn to shreds by a car bomb. And only a few days ago, the Slovakian reporter Jan Kucziak and his fiancée, Martina Kusnirova, were shot and killed. Both journalists had been investigating ties between politicians in their countries and organized crime, as well as corruption, bribery and tax havens.

In many countries, journalists risk their freedom to pursue their careers. In some cases, they even risk their lives. This is not only the case in dictatorships or despotic regimes, but also in democratic countries where the constitutional state is weak.

In her recent speech in Hamburg, the chairperson of the Funke Mediengruppe supervisory board, Julia Becker, stressed the importance of protecting unyieldingly critical and unrelenting journalism: “According to Reporters Without Borders, 182 professional journalists as well as 123 freelance civilian journalists and bloggers are currently behind bars. Restrictions on press freedom can be observed not only in Turkey, Russia, Poland and China, but also in the first country to have incorporated freedom of the press into its constitution: the United States of America.”

At the same time, Becker made it clear that there are also worrisome developments in Germany. “Even in our country, journalists from political fringe groups have been defamed and dismissed as reporting fake news,” she said, hinting at the work of those opposed to democracy within the spectrum of right-wing populism and nationalism.

The conclusion Becker reached was explicitly clear: “People attempting to infringe upon independent journalism are destroying the very foundations of our free and democratic society.” After all, a democracy is more than a form of government with certain laws and institutions. Democracies and open societies are founded on the idea that both individuals and communities have the right to freely choose their way of life, and this can only be achieved by a combination of engaged citizens, passionate democrats and courageous journalists. 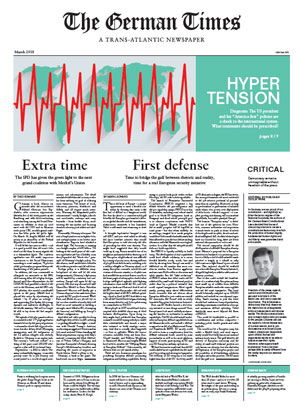