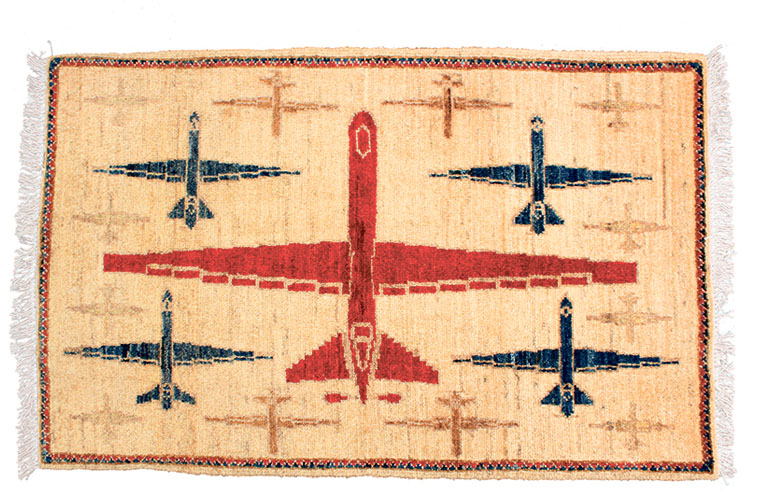 Several weeks ago, Mullah Abdul Manan Akhund, a powerful Taliban commander from the southern Afghan province of Helmand, was struck down by an American drone strike and his death celebrated. Many observers, including journalists and politicians from Afghanistan and elsewhere, flooded networks like Twitter with exclamations of joy over the attack.

The death of Mullah Manan, as the Taliban leader was called, was important news. But it was also a headline that served the narrative that the war on terror is a sensible and success-oriented endeavor. But this is not the case. On the day Mullah Manan was killed, at least one other attack was carried out in Afghanistan that deserved attention. In the east Afghan province of Paktia, at least eight civilians became the target of air attacks involving manned aircraft and drones. On the following day, relatives of the victims from Paktia buried their deceased loved ones and protested the attacks.

Such a scenario is no rarity in Afghanistan. While the world’s attention is focused above all on Kabul and other large urban centers, everyday life in the rural regions in the Hindu Kush is neglected or forgotten. Brutal onslaughts, usually in the form of raids, drone strikes or other military operations, are carried out on a regular basis.

The victims are frequently civilians. “My brothers and my father were not Taliban fighters,” I was told by the nomad Pasta Khan, from the province of Khost. “But no one’s interested in that.” In June 2015, drones killed his brothers, his father and other members of his tribe. The nomads were forced to mourn a total of 14 victims.

Pasta Khan now suffers from post-traumatic stress disorder and paranoia. He lives in constant fear that American drones are watching him and could obliterate him at any time. The children in his village of Bati Tana, not far from the Pakistani border, have similar fears – they’re too afraid to go outside and play.

Similar scenarios are playing out in other Afghan provinces that I visited. In Wardak Province, near Kabul, miners, greengrocers and taxi drivers are hunted and killed by US drones. The drone operators, who work in shifts from their little cubbies, evidently have no idea whom they kill day in and day out by simply pushing a button.

Several attacks have been executed in the past few weeks. In the provinces of Paktia, Nangarhar and Helmand, where Mullah Manan was killed, numerous civilians have fallen victim to the same fate. Armed drones played a key role in all these operations, but while Manan’s death attracted considerable attention, we heard little about the nameless, faceless Afghans who perished as “supposed militants,” “terror suspects” or other euphemisms concocted by international media outlets. No one cares about anyone from the Afghan hinterlands – they’re considered nothing more than collateral damage.

Those familiar with reality in the affected lands and regions know that drone strikes seldom kill the leaders of militant groups. Perhaps the best example of this was the first-ever attack by an armed drone in human history. It occurred in October 2001 in the southern Afghan city of Kandahar, and its target – the Taliban founder and leader Mullah Mohammad Omar – survived. Years later, Omar would die a natural death. However, the US drones that stalked him over the years continued to claim the lives of other civilians.

In the past year, it became known that Jalaluddin Haqqani, a wellknown Taliban leader and head of the so-called Haqqani network, had been dead for some time. He did not perish by way of Hellfire missiles; he eventually succumbed to illness and old age. Nevertheless, on multiple occasions over the past 17 years, Haqqani was declared dead after drone strikes levied on Kabul by America and its allies.

Such has been the case with other renowned militants as well, including none other than the leader of Al Qaeda, Ayman al-Zawahiri. He, too, has been reportedly killed on several occasions, yet he lives on. The British human rights organization Reprieve called attention to this problem in 2014, highlighting the fact that between 2002 and 2014, the killing of 41 targeted individuals in Yemen and Pakistan resulted in the killing of at least 1,147 others who were not targeted.

The critical yet unspoken question remains: Who were all these people?

Despite all we know of the realities in these affected regions, this question is almost never posed. It is also objectionable that journalists, analysts and politicians disproportionately tout the death of men like Mullah Manan while ignoring the numerous civilian victims of the global drone war. Such behavior merely contributes to the perpetuation of the fraudulent narrative of the “precise” drone that exclusively kills “terrorists.”

Recent figures indicate that from January to September 2018, the US military dropped more than 5,000 bombs from manned and unmanned aircraft over Afghanistan – marking a 17-year high. Moreover, such statistics issued by the military have proved to be erroneous in the past. In 2017, it was found that numerous sets of data from Iraq, Syria and Afghanistan were faulty. The Military Times, which brought the scandal to light, reported “potentially thousands of lethal airstrikes” of which the public was never informed.

Even less data exists on the drone war. Both the US military and the CIA disclose virtually no information on attacks. In 2015, the Obama administration published a four-page document in which it claimed to have killed between 64 and 116 noncombatants in Libya, Pakistan, Somalia and Yemen over the course of Obama’s presidency. As for the 2,000 victims of drone strikes, Obama officials maintained that each and every one of them was a “terrorist.” For that point in time, even conservative estimates of civilian drone victims exceed by far those provided by the White House.

Through my own research alone, I have been able to reconstruct dozens of cases where civilians exclusively were killed. But none of this much matters when the White House classifies more or less all males in range of a drone strike as “militants” or “enemy combatants.”

The following question is thus all the more relevant: If I were killed by a drone in Afghanistan, would I be considered a terrorist as long as the opposite is not proved? And this begs my final question: Who makes the effort to prove otherwise, when an Afghan nomad, greengrocer or farmer is obliterated via remote control from Nevada? Far too few of us – that’s the grim truth.

EMRAN FEROZ
is a freelance journalist focusing on the Middle East and Central Asia. He regularly reports from and on Afghanistan. In autumn 2017, he published a book titled Tod per Knopfdruck (Death at the Push of a Button; Westend Verlag). 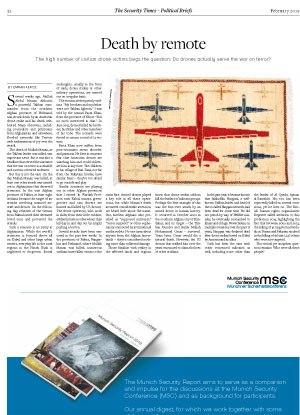