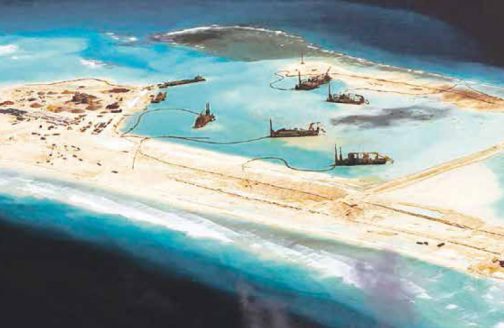 A new phase of strategic uncertainty has emerged in relations between China and the United States under the Trump administration on a number of issues, including maritime security in the South China Sea. Rising tensions create the prospect of a downturn in bilateral relations or, worse, a confrontation at sea or in the air over contested waters.

A review of the four major developments in the South China Sea in 2016 is instructive, as they form the context for the Trump administration as it manages its relations with Beijing.

A version of this article appeared in print in February, 2017, with the headline “Chinese takeout ”.

Carlyle A. Thayer is emeritus professor for the University of New South Wales at the Australian Defence Force Academy, Canberra.