As long as civil war in Syria continues, neither Israel nor Iran can have an interest in escalating the conflict between their two countries. And yet, the conflict has already taken on a sinister tone 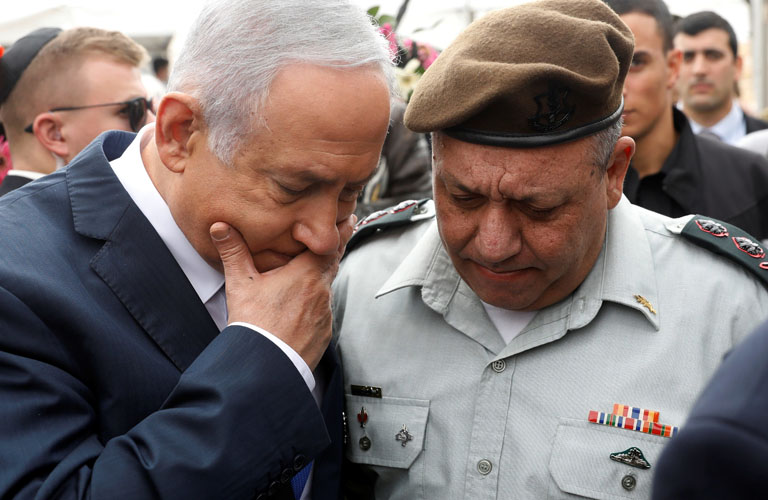 It’s nothing new for Iran and Israel to find themselves on a collision course. In the past, confrontations between these two countries – including cyberattacks, Israeli intelligence operations and Iran-sponsored terrorist attacks abroad – were often spectacular, but almost always covert. At the moment, however, we are seeing confrontations increasingly carried out in the open, for all to see. For example, direct military clashes took place on Feb. 10, 2018, on May 10, 2018 and on Jan. 21, 2019, roughly 1,500 kilometers from Tehran.

Of course, the setting in each case was Syria, where President Bashar al-Assad – with help from Iran and Russia – is now emerging triumphant from the civil war. Today, in a strategic environment that has been fundamentally transformed since 2011, all actors in the region are jockeying to establish new positions. For example, Iran has significantly expanded its influence in Syria and is eager to have a say in rebuilding the country’s future. According to the argument put forth by Tehran, Iran’s presence in the region is legitimate, seeing as it comes at the request of the government in Damascus. Israel considers this to be mere pretext and accuses Tehran of seeking only to expand its power and to achieve a position from which it can attack its “Zionist archenemy” from three directions in the future.

If that were the case, Israel would be forced to deal on its northern border not only with Syria but also with the Lebanese Hezbollah, a militia heavily armored by Tehran. On its southern border in Gaza, it would have to continue to deal with Hamas, the Islamist movement supported by Iran. In other words, with Tehran closer than ever before, Jerusalem is determined to keep it at a distance by regularly and heavily attacking Iranian targets in Syria.

Until now, all of this happened without Israel ever having to admit to its military strikes. At the beginning of this year, however, the outgoing Chief of General Staff Gadi Eizenkot officially admitted to having carried out thousands of airstrikes on Iranian arms transports and military facilities in Syria over the past four years. This new openness can be interpreted primarily as a warning designed to be heard loud and clear in Tehran. Jerusalem wants to send out the message that Iran’s entrenchment along its neighbor to the north crosses a red line, and that Israel will seek at all costs to prevent an Iranian corridor of influence – one that would stretch from Tehran across Iraq, Syria, Lebanon and all the way to the Mediterranean.

There is also great concern that the striking force of pro-Iranian militias could increase. Israel recently destroyed six Hezbollah tunnels that had been dug below the border in Lebanon. Today, Hezbollah already has an arsenal of roughly 130,000 missiles that could easily reach Tel Aviv. Last September, Israeli Prime Minister Benjamin Netanyahu presented to the UN General Assembly a map of Beirut that showed where Iranian weapons factories were thought to be located. Three days later, when diplomats went to inspect these sites, they found nothing – that is, nothing left.

Still, Tehran makes no secret about its efforts to supply its henchmen with the most state-of-the-art military equipment available. As Supreme National Security Council Secretary Ali Shamkhani recently noted, Iran is continuing to deliver precision weapons to militias in Lebanon and Gaza so that they can unleash an “inferno” in response to “any foolish Israeli behavior.” This new Israeli transparency is no doubt designed to act as a deterrence and thus to prevent war. The Israeli Air Force’s freedom to attack is based on the assumption that – at least as long as the civil war in Syria is not officially over – none of the parties to that conflict has an interest in yet another confrontation.

The new strategy of openness is quite controversial in Israel. What is not at all controversial is the assessment that Tehran’s aspirations to hegemony have long since become something that other parts of the world should be worried about. From the very beginning, there was much criticism that Iran’s thirst for power could not be restrained by the nuclear deal. In addition to the supply of state-of-the-art weapons technology and funds for its henchmen in Lebanon, Yemen and Gaza, the agreement also involves Iranian activities in Europe. For example, Iranian intelligence was recently caught planning attacks in Denmark and France.

In keeping with a tacit US-Russian agreement, it is up to Russia to make sure that the Iranian and Shi’ite militias in Syria stay at least 80 kilometers away from the Israeli border. In practice, however, this has not worked. In November, Israeli media revealed that Syria had stationed roughly 10,000 soldiers at its borders with Iraq and Israel and that the newly created divisions would be trained by officers of the Al-Quds Brigades, a special unit of the Iranian Revolutionary Guards.

A first collision of interests between Russia and Israel occurred after a Russian Ilyushin IL-20 aircraft was shot down over Syrian territory in late September 2018, an incident Moscow blamed on Israel. After that, Israeli attacks continued, yet no longer in the vicinity of Russian bases. Since then, Russia has pursued a double strategy, on the one hand it condemns Israeli airstrikes on Syria, on the other it assures Israel that it will guarantee its security.

Still, things could easily get out of control. What’s more, the electoral campaign has just got underway in Israel, and it would not be the first time external actors attempted to influence Israeli voting behavior in Israel by launching military attacks. This makes the situation even more unpredictable.

GISELA DACHS
was a long-time Israel-based correspondent for the German weekly Die Zeit. She is now a senior lecturer at the European Forum and the DAAD Center for German Studies at Hebrew University in Jerusalem. 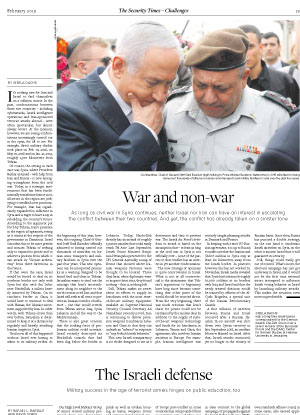