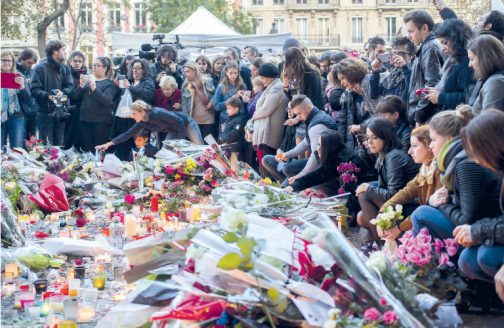 Over three years after the launch of the military campaign against the Islamic State, the US-led global coalition, together with Iraqi and Kurdish forces, have accomplished their mission. Ninety-eight percent of the territory IS once held in Syria and Iraq has been recaptured. The caliphate’s most important cities, Raqqa and Mosul, are no longer controlled by jihadists. And of the 40,000 men who once fought for IS, only 3,000 are thought to remain, hiding in the desert and hoping to survive.

Needless to say, the situation is not quite as rosy as the statistics suggest. While much of the territory has been recaptured, IS as an organization continues to exist, and none of the political conflicts that fuelled its rise – most importantly, the Syrian civil war – have been resolved. Moreover, IS has never just been a territorial project, but also a utopia and a transnational terrorist network that has attracted and inspired tens of thousands of followers from all over the world.

What does its military defeat in Syria and Iraq mean for the group’s ability to carry out terrorist attacks? Will its terrorist campaign in Europe, which has targeted Paris, London, Brussels, Berlin, Stockholm and other major European cities, continue?

No one can predict with confidence where or what the IS will be in five years’ time. Although the group may wish to intensify its terrorist campaign, it is far from certain whether its supporters will respond with the same enthusiasm they showed in 2014 when the caliphate seemed unstoppable. And while returning foreign fighters will become more significant in terrorist plots, this will not automatically result in a higher number of attacks, but more likely an increase in their complexity.

In short, the IS terrorist campaign will not simply stop, as too many people have been drawn into the jihadist orbit over the past five years. But its physical decline raises serious doubts about the long-term trajectory and viability of the Islamic State as a project and organization.

There can be no doubt that the demise of the physical caliphate has had an impact on the group’s strategy. Long gone are the days when the self-declared caliph, Abu Bakr al-Baghdadi, was calling on Muslims across the world to abandon their “decadent homelands” and migrate to the IS. For more than a year now, the group has been telling its followers to stay where they are and fight the infidels “where it hurts them most.” Rather than being one of several options, terrorism is now presented as a duty.

This is reflected in the group’s propaganda output, which is focusing less on promoting the utopia that IS had supposedly created, but increasingly comprises crude and, arguably, desperate exhortations to attack Western targets. During the last week of 2017 alone, the group published four high-quality videos seeking to inspire attacks on New Year’s Eve.

However, this tells us little about the extent to which the group’s message continues to resonate. In fact, there is no evidence that the physical caliphate has morphed into a “virtual” one, as is often alleged. On the contrary, the group’s propaganda output has severely declined since its peak in 2015. According to my colleague Charlie Winter, more than three-quarters of IS media offices, which produced the daily deluge of propaganda videos and online magazines, have closed down. “It is almost as if someone has pressed the mute button,” he wrote in a recent article.

Instead of populating mainstream social media platforms such as Facebook and Twitter, IS supporters have been pushed into the darker corners of the internet, especially the private messaging app Telegram, where reaching out to new supporters is more difficult.

What’s more, some of the internal debates have become critical of the organization. Even its most passionate supporters can now be observed questioning whether IS, which had proclaimed a thousand-year Reich and whose motto is “remaining and expanding,” can survive its physical destruction. The excitement and enthusiasm that permeated these forums in 2014 and 2015 is gone.

At the same time, it would be a mistake to declare the terrorist threat to be over. The Syrian civil war and the rise of IS have rejuvenated the global jihadist movement. More than 5,000 Western Europeans have traveled to Syria, with thousands more who have cheered the group’s victories from home. Since the attack on the Jewish Museum in Brussels in May 2014, jihadists have been responsible for plotting more than a hundred attacks in Europe. In 41 instances they were successful.

While the chances are slim that this campaign will suddenly come to an end, its nature and dynamics are certain to change. So far, less than one-fifth of the jihadist plots in Europe involved attackers who had been fighters in Syria. Nearly two-thirds consisted of lone attackers planning to use unsophisticated weapons such as knives, machetes, hammers or vehicles. Although many of them had previously been on security agencies’ “radar,” few had terrorist training or were capable of handling explosives.

The steady trickle of returning fighters, who have spent time in terrorist training camps and participated in the Syrian civil war, will change this. Like in previous conflicts, only a minority of the returnees will become involved in terrorism. But their numbers could be sufficient to professionalize Islamic State’s campaign in Europe by inserting experienced fighters who have worked in teams, know how to build bombs and have the charisma and credibility that result from being jihad veterans.

It may be no accident that Islamic State’s most devastating operation in Europe – the November 2015 attacks in Paris, which killed 137 people – was planned and executed by a team of returnees. Indeed, as time goes by and the superficial appeal of the IS brand continues to fade, more experienced and ideologically committed members are likely to play a bigger role.

One of the most significant facts about IS recruits in Europe is their close proximity to “ordinary” crime. In most Western European countries, more than half of the group’s recruits have criminal pasts, often as members of gangs, drug dealers, thieves or burglars. For many of these young men, joining IS was a way of seeking redemption. In the words of a Danish fighter, “it’s not good enough just praying with all the shit I’ve done.”

This currently provides IS with many advantages. Not only do their European followers find it easy to acquire weapons and forged documents, many have been radicalized and recruited in prisons where criminal and jihadist milieus overlap. When released, they have funded their attacks through petty crime – be it by trading in counterfeit goods, dealing drugs or stealing people’s wallets.

However, the nexus between crime and terror can go both ways. At the moment it is fueling terrorism and helping to facilitate attacks against innocent civilians. But if Islamic State is no longer seen as credible, successful or sufficiently “cool” to attract attention, some of their recruits may return to their criminal pasts. What started out as a quest for a global caliphate may ultimately end up as a bunch of local gang.

PETER R. NEUMANN
is professor of security studies at King’s College London and serves as director of the International Centre for the Study of Radicalisation (ICSR). 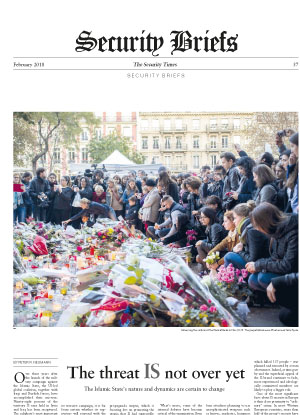