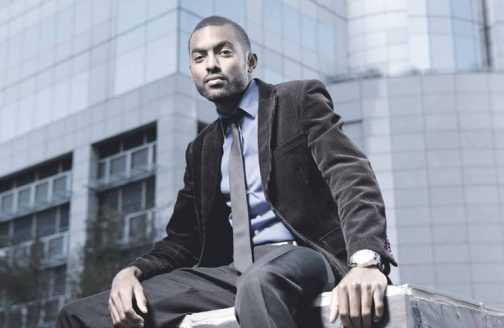 On the evening of President Trump’s inauguration, I was having dinner with a group of friends and colleagues, many of them from Africa. There was a sense of disbelief, of defiance, but also of sadness in the room – sadness that a nation whose very strength was built on openness and optimism would now slam the door to the rest of the world in an act of smallness and fear. And while being shut out on the global stage is unfortunately a familiar experience for many African intellectuals and policymakers, my dinner friends took no solace from the fact that this time it is not specifically Africa that is marginalized, but the very idea of international cooperation.

This is the biggest paradox of our times: Never in human history has it been clearer that our challenges are both global and complex, and yet more people than ever seek comfort in answers that are both simple and national. The current climate of nationalistic retreat and the de-legitimization of multilateralism cannot change the fact that we live in an age of interdependence. No country, as rich or as powerful as it may be, can sustain its prosperity and security in the long term without taking into account the perspectives of others.

The current refugee crisis is only the most visible manifestation of this reality. Consequently, ending extreme poverty and limiting climate change remain the two biggest global challenges of our generation. Achieving both is in the direct self-interest of every nation on this planet.

The United Nations 2030 Agenda for Sustainable Development and the Paris Agreement, both agreed upon by all governments of this earth in 2015, form a precious framework that is rendered not less, but more important in these paradoxical times. It is in that context that a more determined and earnest engagement with African voices and realities has acquired a new urgency.

Africa’s progress is a global common good. Investing in Africa is an investment in the future of us all. The IMF estimates that in order to absorb Africa’s growing youth population, 18 million jobs will have to be created on the continent each year until 2035. Are we ready to see – through the fog of “alternative facts” – the historically unprecedented enormity of this challenge?

Are we ready to see that this is not just an African challenge, but a truly global one? In 2050, over 20 percent of the world’s population will be African – 2 billion people wanting to live life in dignity.

Africa needs an international enabling environment that is conducive to real progress.

Europe will then represent only 5 percent of the global population. In light of these proportions, it is clear that security in Europe is ever more directly linked to development in Africa.

Over recent months I have had the opportunity to meet with many young Africans: a rapper from Senegal who rose to fame by leading peaceful youth protests that helped oust a president; a law student and pig farmer from Ghana who is involved in her country’s politics, but mostly considers herself an entrepreneur; and a young journalist from South Africa who is critically observing the role of both her government and foreign mining companies in South Africa’s economic woes. All of these young people were brimming with creativity, determination and optimism. None of them was looking for a free lunch from anybody. Africa’s youth should not be seen as a ticking time bomb, but as an opportunity for innovation and renewal on the continent. But the sheer numbers are impossible to ignore.

Providing perspectives to Africa’s rapidly growing youth population requires, first and foremost, African leadership that takes governing seriously. It is no secret that the African countries with only few natural resources have actually fared better in the recent global economic downturn, for they know that lasting job creation and growth come from endogenous fundamentals such as the rule of law, a good business climate free of corruption, and investment in education, and not from the effortless reliance on exporting raw materials and oil.

African leaders need look no further than to their best-performing peers in order to find inspiration for what can truly bring their countries forward. African leaders must stop pointing their fingers at Western hypocrisy only to hide their own. I trust in an African renaissance that is not aggressive, but cooperative, that defines itself not by what it is against, but by what it is for.

Insisting on Africa’s own responsibility for its future does not mean deflecting the responsibility of the industrialized world away from the continent. Africa needs an international enabling environment that is conducive to real progress – including an international trade regime that does not hinder industrialization in Africa, international tax laws and cooperation that stop the illicit (and immoral!) outflow of capital and profits, and a climate change regime that focuses on the region least responsible for but most vulnerable to global warming.

Furthermore, Europe, Africa’s closest neighbor, has a special responsibility – and opportunity – to spur investments and boost the private sector, to strongly support regional integration and to strengthen the architecture for African peace and security. This must all happen not from charity, but from the consideration of mutual interests.

In embarking on these paths of cooperation, Europe must be wary of repeating two major mistakes that have tainted its relationship with Africa in the past.

The first and gravest mistake is to view Africa as a mere extension of Europe’s own interest. The intervention in Libya and the catastrophically lackluster postintervention engagement is one of the most appalling examples; together with the second Iraq war it constitutes the major sin of Western foreign policy in the last 15 years. The decision to bomb Libya and to dispose of Muammar Gaddafi was inspired primarily by French and British political ambitions, which had little to do with Africa.

The dire consequences for both Africa and Europe are well documented. The refugee crisis, partly the result of a chain reaction dating back to these misguided Western adventures, is another example of Europe’s tendency to define its cooperation with Africa only in terms of its own shortterm interest.

Controlling migration is a legitimate and necessary concern, but the current reframing of African- European relations in the simple terms of migration control is once again reducing Africa to a potential threat. It reinforces a notion of superiority and inferiority while pushing policy decisions in the wrong direction through the establishment of questionable yardsticks. Will the success of Europe’s policy towards Africa be measured by progress in Africa and improvement in the lives of Africans, or by the number of Africans reaching Europe’s shores?

If Europe opts for the latter and bribes leaders with shady reputations to keep their people from traveling north, it will ultimately do little for prosperity and security in Africa while only increasing instability. Instead, Europe should prioritize productive cooperation with those African governments that have embarked on paths of reform – an approach that both the G20 and the German government are currently considering – and should not shy away from offering pathways of legal and circular migration for African students, scholars and entrepreneurs. Increasing exchange and dialogue would be an antidote to the second mistake often at the heart of many Africa policies: ignoring African voices and realities.

To take the Libyan example again: the Libya disaster is rooted partly in a failure to cooperate with and take seriously the assessment of African partners. African Union negotiators had in fact warned their European counterparts of the impending chaos. Former South African President Thabo Mbeki’s desperate, lastminute efforts to bring Gaddafi into exile were ignored.

Basing security and development strategies on African ideas and expertise is not an issue of political correctness. It is an issue of effectiveness. Pretending to know better is not just a matter of cultural arrogance. It leads to flawed strategic choices, bad policy decisions and ineffective programs.

Nowhere is this more important than in the field of security. The nature of conflicts in Africa is changing. A multiplicity of actors, religious extremism, organized crime and transnational conflict zones challenge existing strategies and norms in peacemaking and peacekeeping. Viewing conflicts such as those in Mali, Nigeria or Somalia mainly through the prism of the global war on terror and employing military strategies informed by that perspective will reach its limits, and might even lead to new security threats.

Africa finding its own voice and undertaking its own actions to maintain peace on the continent is of paramount importance. The good news is that much has happened in this regard in recent years. With the support of many partners, the African Union and the Regional Economic Communities are building an ever-stronger African security architecture, including conflict analysis, negotiation teams, election observers as well as police and military missions. The recent and successful ECOWAS (Economic Community of West African States) intervention in Gambia, which enforced the election results without shedding a single drop of blood, is a heartening example of this, albeit an idiosyncratic one.

With or without the support of its partners in Europe, Asia and (yes) America, Africa will move forward. But it will move more quickly, safely and inclusively if the world keeps its doors open, and people open their minds to African ideas and innovation, whether in the areas of security, development or business.

I believe there is something innately African about the concept of interdependence. The idea that “I am what I am only through others” is fundamental to many African philosophical traditions. My hope is that Africans will help the world to rediscover this awareness.

A version of this article appeared in print in February, 2017, with the headline “Young, smart and ambitious”.

By Tom Koehler and Oliver Rolofs