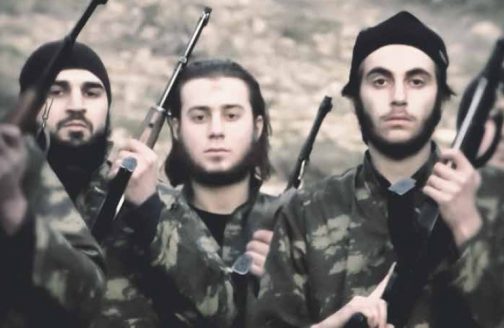 What is the difference between the West and the terrorists of the Islamic State (IS) and Al Qaeda? They want to save the world, but the West only wants to save itself. Sounds far-fetched? Provocative? Insulting? None of the above. It is a realistic analysis, as long as the West allows it to be seen that way by possible followers of Islamist ideology.

History offers a number of comparable time periods from which the West might have learned how to deal with such threats. Imagine the West as part of the Ancien Régime, which saw the sustainment of its own power as its sole and supreme goal while treating the welfare of their people with utter disrespect. In this case, the Islamists would be no different from the Jacobins of the French Revolution, who aimed to destroy the old order in the name of a common good, and focused their reign of terror on anyone not willing to follow their cause.

On Feb. 5, 1794, at the National Convention in Paris, the leader of the Jacobins, Maximilien Robespierre, said that the resources for popular government “during a revolution are at one and the same time virtue and terror: virtue, without which terror is merely terrible; terror, without which virtue is simply powerless. Terror is nothing other than justice, prompt, severe, inflexible; it is therefore an emanation of virtue.”

Islamism believes in the very same doctrine. The old, unjust world must be destroyed for a new, just world to arise. This noble claim needs terror to become real, as stated by Abu Bakr al-Baghdadi, self-proclaimed Caliph of the Islamic State. The reign of terror is, for him, a mere expression of a sacred duty.

In his audio address from autumn 2014, he sounds eerily similar to Osama bin Laden, who liked to compare the Jihadis to heroes and knights on their noble quest: “Oh soldiers of the Islamic State,” said al-Baghdadi, “erupt volcanoes of jihad everywhere. Light the earth with fire against all dictators.”

The world is currently witness to a revolutionary fight directed not only against the so-called West, but against all established powers whose actions serve as examples of the world’s injustices Islamism is claiming to expunge. This is the key to understanding the real challenge and power of Islamist terror, according to Scott Atran, professor of anthropology at the National Center for Scientific Research (CNRS) in France. Atran’s essay “ISIS is a Revolution” presents his findings, which were based on extensive research and interviews with young men in the social hot spots of Paris, London, Barcelona and some North African cities, as well as with captured fighters from IS and Jabhat al-Nusra in Europeans prisons.

Many of those young men consider themselves to be part of a great mission to save the world: “The mainly young people who volunteer to ﬁght for it unto death feel a joy that comes from joining with comrades in a glorious cause, as well as a joy that comes from satiation of anger and the gratiﬁcation of revenge. But there is also a subliminal joy felt across the region for those who reject the Islamic State’s murderous violence yet yearn for the revival of a Muslim Caliphate and the end to a nation-state order that the Great Powers invented and imposed.” Based on that recognition, the West must fight against the IS revolution, instead of constantly fanning the fire and thereby facilitating its victory. Would IS – or Islamist ideology – have any chance to win?

Atran believes it would be dangerous to underestimate its capability. Over the centuries, revolutionary movements – American, French, Russian – have been driven by a deep devotion to higher values, which was once described by Charles Darwin as the virtue of “morality, the spirit of patriotism, ﬁdelity, obedience, courage and sympathy,” with which winning groups are better endowed in history’s spiraling competition for survival and dominance.

Atran continues: “It is the sacred values, immune to material tradeoffs, that bind us most. In any culture, an unwillingness to sell out one’s kin or religious and political brotherhoods and motherlands is a line most people will not cross. Devotion to these values can drive successes which are out of all proportion to expected outcomes.”

This is the reason 18,000 Iraqi soldiers fled a few hundred IS fighters in 2014, abandoning Mosul – the country’s secondlargest city – without a fight. This is why thousands of young Muslims from Western Europe are still convinced they can defeat the superpowers in Syria and Iraq.

Atran points to similarly striking examples in world history: George Washington, who led his outnumbered revolutionary army in the hopeless battle of Valley Forge against 30,000 soldiers of the British colonial empire and won; the Sicarii, the dagger-slinging Jews who in the first century hassled the forces of the Roman occupiers with their relentless attacks; or Arminius, the Cheruscan, whose tribal hordes in the year 9 AD destroyed three Roman legions of 20,000 soldiers in the Battle of Varus.

Back then, terror was an expression of changing the world. Today it is no different. Terror is the dark side of globalization, where people, alliances and old institutions are losing their base while longing for orientation. In this interconnected world with fewer and fewer points of reference, individuals are searching for new identities in a new collective and destructive radicalism. Extremists of all stripes are spinning their own webs in search of enduring stability in this world of networks.

This development is driven by the young, who are feeling pressure and the need for sacrifice in their quest for identity, and by the old, who see themselves in a desperate fight against doom. It is not a clash of civilizations but a clash of new versus old.

The latter, as Scott Atran puts it, is in a much weaker strategic position than the former: “Humans make their greatest commitments and exertions, for ill or good, for the sake of ideas that give a sense of signiﬁcance. In an inherently chaotic universe, where humans alone recognize that death is unavoidable, there is an overwhelming psychological impetus to overcome this tragedy of cognition: to realize ‘why I am’ and ‘who we are’.”

On those two questions, IS and Islamism claim to have better answers than the West. If the West wants to be better, it cannot just say so. It must prove it, and not by focusing on saving itself, not by putting national interests above the common good, not by treating this challenge as one that only can be met with military might, and not by abandoning religious freedom, freedom of speech and all other achievements of liberal democracy. The West must show IS and Islamism that it aims to save the world, and that it has better arguments, ideas and concepts to do so.

These should and must include confronting terrorists and their ideology with all necessary means, including deadly force where necessary. However, the new US government is either ignorant or lying if it claims that military intervention and economic isolation will prevail. Donald Trump is putting America first. British Prime Minister Theresa May wants to save Britain first. And most EU countries are aiming to save their own state first. None considers saving the world to be a cause worth fighting for.

The West is placing itself in the worst possible position in relation to a revolutionary movement combining fake claims of values with unspeakable terror. The biggest election celebrations in the past year, hailing the victories of nationalistic, nativist and populist politicians in Europe and the US, have occurred in Raqqa, Syria, where the self-proclaimed Caliph once said: “We see America and its allies stumbling in fear, weakness, impotence and failure.”

President Barack Obama issued a wake-up call to Europe and its allies in 2016 when he visited the industrial show in Hanover, Germany: “When the future is uncertain, there seems to be an instinct in our human nature to withdraw to the perceived comfort and security of our own tribe, our own sect, our own nationality, people who look like us, sound like us. But in today’s world, more than any time in human history, that is a false comfort. It pits people against one another because of what they look like or how they pray or who they love. And yet, we know where that kind of twisted thinking can lead. It can lead to oppression. It can lead to segregation and internment camps. And to the Shoah and Srebrenica.”

There is but one rational lesson to be learned from history: The West must destroy the Islamist revolution by fighting the forces of division. It can do so by marginalizing groups and movements that attempt to drive wedges between and within its societies; by heeding the young, neglected and disenfranchised men and women who are the fertile ground for extremism; by fighting the ideology of Islamism, not the religion of Islam; and by changing our policy of globalization to one that creates new opportunities for people, instead of destroying their livelihood and hope.

The West does not need a new vision; it already has one. Although it must improve, it is already better, more just and more successful than anything the self-proclaimed caliph could muster.

If the West is only after selfpreservation in this globalized world, it is following the script of the very villains who want to destroy it. It must destroy the image they have created of the West by disappointing their expectations. If we all contribute to meeting this goal, then – and only then – will terror have no future.

A version of this article appeared in print in February, 2017, with the headline “Revolutionary fever”.

Elmar Thevessen is deputy editor-in-chief and head of news at the German public television channel ZDF. He has authored several books on international terrorism.

Building a lethal autonomous weapon is easier than building a self-driving car. A new treaty is necessary

By Mathias Albert and Thomas Müller