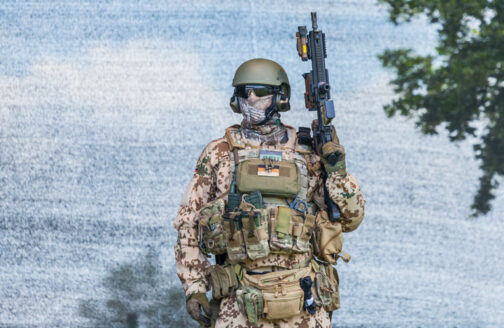 Europe and the US face unprecedented challenges and threats. To the east, Russia’s aggressive actions aim to destabilize and intimidate neighbors and undermine NATO and the EU. To the south, continuing crises and violence across North Africa and the Middle East (MENA) have fueled terrorism and mass migration that are affecting Europe’s stability. Russia’s operations in Syria, growing tensions between the US and Iran and conflicts between regional powers have aggravated the risks posed to Europe’s security.

At the same time, China’s global ambitions, its growing economic, technological and military potential and an emerging entente between China and Russia pose a double strategic challenge to the democratic West. For the United States, China has become the key strategic competitor – with implications for NATO’s cohesion and effectiveness.

Europe is struggling to position itself within this new and emerging global power structure. Its unity and ability to act as a valuable partner to the US and as a recognized geopolitical actor on its own are at stake.

NATO is currently addressing the implications of global developments on Euro-Atlantic security while focusing on immediate challenges. These include strengthening its deterrence and defense posture while maintaining a dialogue with Moscow, and helping project stability by assisting partners in providing for their own security. As NATO has to be able to respond to threats from various regions across its area – at short notice and simultaneously – it must retain maximum awareness, flexibility and agility to ensure it has the right forces in the right place at the right time. This requires rapid decision-making, forces stationed at high readiness and the ability to move them rapidly over great distances to reinforce threatened allies.

Since 2014, NATO has taken a range of measures:

To date, EU nations have launched 47 cooperative projects. Enhancing their capabilities also benefits the Alliance and reinforces its European pillar, as 21 NATO allies are also EU members. NATO and EU staffs work together to ensure that capability development within the two organizations is complementary and that respective priorities and outputs are coherent.

Since 2014, NATO and the EU have enhanced their collaboration to an unprecedented level. They are now cooperating on 74 projects in a range of areas that include countering hybrid threats and expanding cyber defense, capability development, military mobility, defense capacity-building for partners and maritime security. It is essential to ensure complete transparency and the fullest possible involvement of non-EU NATO members, especially the UK after Brexit, since they provide substantial contributions to Europe’s security.

As the US shifts its strategic focus to the Asian-Pacific region, however, European nations will need to take far greater responsibility for the security of Europe, for NATO’s deterrence and defense and for crisis management in the MENA region, as well as supporting the US in upholding freedom of navigation, which is vital to Europe’s own economies. In addition, the disruptive technologies of the digital age will profoundly change the nature of conflict and defense in the future. The Alliance as a whole must invest in innovation programs to maintain its technological edge and interoperability.

The totality of all these challenges posed to the trans-Atlantic partners makes equitable burden-sharing between the US and Europe a strategic necessity. European nations must make vigorous efforts to restore, strengthen and transform their armed forces. They need to increase defense expenditure considerably to invest in high-end capabilities. And there is progress: By the end of 2020, European allies and Canada together will have spent some $130 billion more than they did in 2016.

The multiple strategic challenges, however, also require the EU to further enhance its contributions to Europe’s security. PESCO and EDF should be used to support the development of those capabilities that are essential to the entire mission spectrum – crisis response and high-end defense alike – and help develop technologically advanced capabilities required to protect Europe, such as missile defense and long-range precision weapons. Furthermore, European nations should assume a challenging level of responsibility and ambition for their fair share of NATO’s entire set of capability requirements – in quantitative and qualitative terms – and its demand for high-readiness formations. These efforts would strengthen the trans-Atlantic alliance and its European pillar as well as Europe’s capacity to act on its own.

North America and Europe must stand together against the multitude of challenges that concern both continents. The US must remain a European power to counterbalance Russia’s military potential. But it also needs Europe to remain the global superpower it is today. Europe, in turn, must take on far greater international responsibility, and act as a unified, self-determined and capable partner of the US. 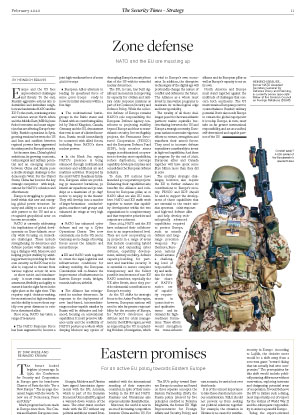