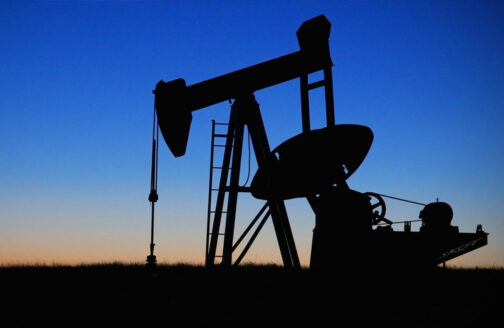 The Organization of the Petroleum Exporting Countries (OPEC) and allied producers decided last week to extend production cuts for another month despite a recent price surge. The latest figures show that Saudi Arabia has been playing around with production volumes. The reliability of the world’s second largest oil power and the integrity of OPEC are being put to the test.

It seems paradoxical: despite the continued tense corona situation, oil prices are now as high as they were before the start of the pandemic in Europe. The reduced production in recent months and the slowly increasing demand for oil have ensured that the global market is undersupplied. According to the forecasts of the US energy agency EIA, global oil consumption currently exceeds supply by around 2 million barrels per day. If the US Energy Administration’s projections are correct, there would be a deficit for the third quarter in a row.

But production volumes and the price of oil are often just as much tied to the political agenda of the major producing countries. This has repeatedly created potential for conflict in the oil cartel, which was founded in 1960 and expanded in 2016 with Russia and nine other partner states to OPEC Plus, and supplies around 45 percent of global oil production.

At the virtual OPEC Plus spring meeting last week, the oil powers Saudi Arabia and Russia were once again in the spotlight. Only a year ago, the world’s second and third largest oil producers engaged in a disastrous price battle around production volumes, particularly over the Chinese market, causing a massive slump in the oil price. Now, in an increasingly uncertain market environment, doubts about the reliability of the Saudi industry leader are growing. With the unexpected announcement of a unilateral cut in its oil production by 1 million barrels per day in February and March of this year, Saudi Arabia tried to persuade most of the states in OPEC Plus to refrain from increasing production. According to Riyadh, this would reduce inventories, but also keep the oil price high through a shortage of oil. But they were empty words from Riyadh, as the latest figures from French energy market analysts Kayrros and Kpler show. These suggest that Saudi exports fell by only 176,000 barrels per day in the first 21 days of February and an inventory reduction by 150,000 barrels per day. This comes to a reduction of just 326,000 barrels per day, which is only around a quarter of the full-bodied production cut of 1 million barrels per day announced in January and with a surplus of 16 million barrels in February undermines the fixed production volumes of OPEC.

Riyadh’s trickery with the production volumes can also be interpreted as a signal to Russia, which in the same period, in coordination with OPEC, increased its oil production by 130,000 barrels per day and has been trying to play a stronger role in the oil alliance for a long time. This current production discrepancy threatens to become a new controversial topic within OPEC and does not promote trust in OPEC and its members. In the end, the volume discipline of individual OPEC countries has time and again left something to be desired. Even with the current oil price of around $60 a barrel, many countries cannot finance their national budgets. Inevitably there is a great temptation to sell more oil than allowed.

The Russians and Saudis, as well as other oil-exporting countries, are in a difficult situation. They urgently need the income from the oil business for their national budget. The Saudis generate almost 90 percent of their income from oil exports and need a price level of 75 to 90 US dollars per barrel in order to be able to cover their budget. But the end of the high price phase, when the price initially plummeted to around 50 dollars and from then on did not recover significantly, led to financial bottlenecks. Russia has the same problem. The sale of oil and gas accounts for almost more half of its national budget. According to experts, the Russians still need an oil price of $45 a barrel to cover their expenses. A large part of Russian gas exports is also linked to the oil price.

Both oil powers find themselves in an additional dilemma. They are both competing to expand their energy-political dominance in energy-hungry Asia and to secure new market shares. In order to survive, they risk another loss of confidence in OPEC. At the same time, Russia and Saudi Arabia face difficult domestic and foreign policy challenges.

The dramatic drop in oil prices last year reduced government revenues so drastically that both countries had to resort to tax increases and austerity measures in order to contain the economic crisis fuelled by the corona pandemic. Nevertheless, Riyadh and Moscow are building on continuity, despite immense financial burdens. The Saudi Crown Prince Mohammed bin Salman is continuing his expensive economic reform program, pursuing an aggressive course against Iran, including the war in Yemen, and further building up the Saudi armed forces. The change of course in the White House and the US intelligence services’ assessment of his involvement in the murder of the Saudi journalist Jamal Khashoggi is putting the leadership in Riyadh under further pressure, so that a search for new markets in Asia appears to be a logical consequence. China, the second largest oil consumer in the world, is not questioning the Saudi course. Ideal conditions therefore for closer trade relations with Beijing.

Russia, too, weakened economically by sanctions and a heavily devalued ruble, continues to rely on its expensive hybrid wars in Libya, Syria and Ukraine. Meanwhile the Nord Stream 2 Baltic pipeline hovers between continued construction and natural gas boycott. It has developed into a major conflict factor between the USA, Russia and Europe and threatens new adversity. A halt to Nord Stream 2 could even trigger a new escalation between Kiev and Moscow regarding the gas transit.

The poisoning and arrest of the regime critic Alexej Navalny triggered massive protests across Russia and at the same time has become an international problem for Putin, as speculation about his successor already grows. If it were up to the conservative power elite in the Kremlin, it would pass to the current defense minister, Sergei Shoigu – a hardliner who would encourage Russia’s economic and political turning away from Europe and a stronger orientation towards Asia and beyond.

These are not good signs for Europe: As the world’s second largest importer of fossil fuels after China, Europe is sidelined in the energy policy “Great Game”. In addition to that it has to cope with an increasingly expensive energy revolution and an imminent blackout of its electricity grids.
Europe’s dependence on imported energy has its price – politically as well, as the case of Russia shows. In Moscow’s and Riyadh’s “pivot to Asia” , it is currently losing its attractiveness and is no longer seen by either as a reliable partner, but at best as a high-priced sales market.

Every OPEC meeting, every erratic turning of the demand and price screw should therefore also be a “reminder” for a weak Europe of the future global role it wants to play in view of these geopolitical omens. A smart move would be both to find a European “pivot to Africa”, which can unleash its potential in an energy and climate partnership on the African growth market, and to find answers to the geopolitical collateral damage caused by decarbonization that threatens to catch up with the oil-producing countries in the long term.

OLIVER ROLOFS
is Managing Partner of the strategy consultancy connecting trust and a regular author on security policy issues.