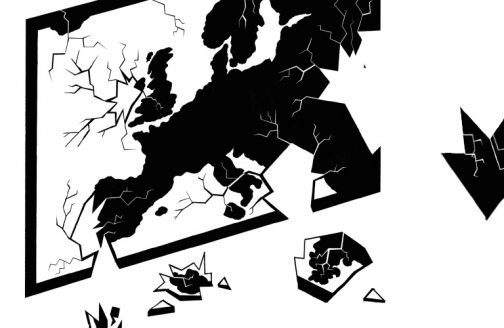 What do the following places have in common: Kosovo, Crimea, Catalonia, Chechnya, Abkhazia, South Ossetia, Transnistria, Hungary, Scotland and the Kurdish regions of Iraq, Syria and Turkey? After the Cold War, each was the scene of secession attempts or demands to alter national borders.

In Yugoslavia, Georgia and the Ukraine, the secessionists used violence to forcibly shift national borders with the help of external actors (NATO, Russia). Otherwise, the specific circumstances and historical background in all these cases differ widely.

The four decades of global East- West confrontation saw few such efforts. And those that existed had little chance of lasting success, not least because they lacked support from the two dominant powers, the United States and the Soviet Union, and the other three UN veto powers of France, Great Britain and China.

In addition, there was no consensus among the member states of the UN that the three basic principles of the founding charter of 1945 should not be called into question. The Charter begins with the phrase “We the peoples…” but goes on to define national states as actors of international law and UN members, stressing their “sovereign equality,” the “inviolability of their territorial boundaries and political order,” and the “principle of non-intervention in the internal affairs of other states.”

Therefore, the secession of the Igbos in East Nigeria into their own state of Biafra in 1972 found no support internationally and was reversed four years later after a bloody war initiated by the government of Nigeria. Eritrea only gained its – subsequently recognized – independence from Ethiopia in 1993 after a 30-year war. By contrast, Somaliland, which announced its secession from Somalia in 1991, is still only recognized by three African countries. In all three cases, the secessionists invoked the “right of peoples to self-determination.” This right is also enshrined in the UN Charter, but without any rules for its implementation and without resolving the conflict with the Charter’s three basic principles.

Following the end of the Cold War, however, the EU invoked this “right” to selectively recognize the three Yugoslav republics of Slovenia, Croatia and Bosnia-Herzegovina as independent states after they had seceded from the Yugoslav Federation. This selective recognition, which at the time was driven primarily by Germany, took place without agreement with the Yugoslav government and against the explicit warning of UN Secretary General Javier Pérez de Cuéllar.

T h e Pandora’s box of arbitrary changes in national boundaries was thus opened. Eight years later, NATO created the conditions for the secession and independence of Kosovo with its war of aggression against Serbia, a war that violated international law. According to a 2010 International Court of Justice (ICJ) opinion, Kosovo’s declaration of independence was in itself not a violation of international law, but the ICJ issued no statement o n t h e i n t e r n a t i o n a l status of Kosovo.

Consequently, only 103 of the 193 UN member states have recognized Kosovo, including only 23 of the 28 EU members. Kosovo became a precedent that motivated nationalists among the Bosnian Serbs to demand the withdrawal of their “Republika Srpska” from Bosnia-Herzegovina and its annexation to Serbia.

To justify its annexation of Crimea in violation of international law, the Russian government points to Kosovo and the ethnic Russian separatists in Eastern Ukraine. The same goes for the secessions of Abkhazia and South Ossetia from Georgia – backed by Russia and currently recognized by just three other UN states – as well as the statehood of the Moldovan province of Transnistria, recognized only by Moscow.

In ex-Yugoslavia and Ukraine, the secessionists were and are ethnically defined groups dominated by other ethnic groups or discriminated against and persecuted by the central government. In the case of the annexation of Crimea, further motivations include Russia’s security interests regarding the eastern expansion of NATO, as well as attempts at historical justification – Russia claims Crimea had been part of Russia since 1783, during the reign of Catherine the Great, until Nikita Khrushchev illegally transferred the territory to Ukraine in 1954.

In Hungary, right-wing populists, now part of the ruling coalition, use ethnic claims to justify their aggressive calls for the restoration of “Greater Hungary” through the incorporation of areas inhabited by Hungarian minorities in the three neighboring countries of Romania, Moldova and Ukraine.

On the other hand, the reasons behind Catalonia’s desire to leave Spain are exclusively economic. By far the country’s richest province, Catalonia no longer wants to be paymaster for the poorer remainder of Spain. Similarly, Italy’s Lega Nord has long advocated splitting off the prosperous north from the poor south of the country.

The motives of the Scots and Northern Irish who want to leave the United Kingdom also differ. They want to stay on as members of the EU following Brexit.

Whatever the reasoning and specific circumstances, with the exception of the peaceful and consensual division of Czechoslovakia and dissolution of the Soviet Union into 15 states, all border changes in Europe since 1990 have seen the use or threat of violence as well as an absence of agreement among concerned parties; they have also violated the UN Charter, the Helsinki Final Act (1975), the Paris Charter (1990) and other agreements and arrangements that European states have concluded within the framework of the OSCE. Some of these are in breach of international laws established by the UN Charter.

The taboo of changing nation-state boundaries was discarded in the 1990s and cannot be restored. Yet there must be rules for all future border changes. They must be non-violent and require consensual procedures with constitutional standards involving all those affected.

Within the framework of the OSCE, preliminary rules have been agreed upon but still must be specified and furnished with implementation provisions. As a regional sub-organization of the UN, the OSCE should work to ensure that these rules are also incorporated into global international law – with possible provisions for the “right of peoples to self-determination” proclaimed in the UN Charter.

Furthermore, the results of the cited border changes should also be scrutinized. They must either be improved or corrected, or at least achieve a widened basis of legitimacy and acceptance through consensual procedures.

“Let’s forget it and move on” – this frequently heard opinion regarding the annexation of the Crimea is a dangerous miscalculation. Crimea would then become a permanent flashpoint between Moscow and Kiev, between Russia and the West, and a source of trouble within Europe.

If it remains uncorrected, Kosovo’s sovereignty achieved by the NATO wars against Serbia will remain a source of instability in Southeast Europe. Kosovo is a corrupt mafia state; it offers no future for the younger generation and serves as a cautionary example that secessions and state foundations based on ethnic homogeneity do not work.

The same applies to Bosnia- Herzegovina. Established in 1995 through the Dayton Accords, the constitution proclaims a unitary state but places all essential powers in the hands of two ethnically defined entities, the Republika Srpska and the Muslim-Croat Federation under the umbrella of a weak multi-ethnic central government in constant paralysis. Unless this constitution is corrected, Bosnia-Herzegovina will remain a failed state. Since the country’s inhabitants are unable to make that change, the three initiators and guarantors of the Dayton Agreement – the US, Russia and the EU – must shoulder that responsibility. 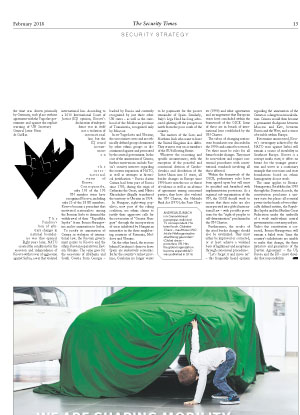