Why it is more dangerous and less predictable than Cold War 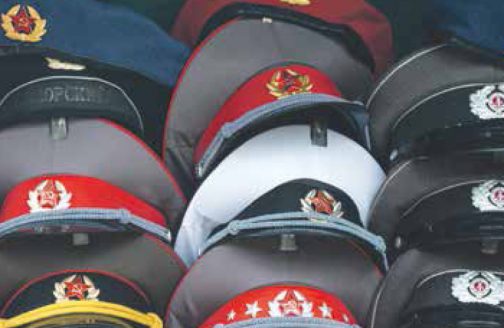 Analysts and politicians talk about a new Cold War. In my view, the term does not fit the current situation; Cold Peace is more apt.

Cold Peace is worse, more dangerous and less predictable than Cold War. It is “cold” because no one wants to fight a war. Yet a few old methods have made a comeback: great powers’ policy; spheres of influence; the reshaping of national borders; and the policy of destabilization. They draw strength from unprecedented propaganda and hybrid warfare.

The Ukrainian crisis has changed the rules of the game. We have moved to a new stage of history, from pre-Crimea Europe to post- Crimea Europe.

In the Cold War, the Soviet Union had many allies. Today’s Russia is isolated. Over the course of 25 years the world has shifted from being bipolar to multipolar. The balance of interests is far more complicated. The red lines during the Cold War were clearly demarcated: each side recognized and observed them. Each realized that the other would never be the first to launch a nuclear strike. In those days there was a basic level of confidence that commitments made would be met. There is no confidence today.

We were shocked to see the unlawful occupation of the Crimea and the violation of the basic principles of European and international order, but that was just the beginning. Who could have foreseen that Russian cruise missiles would fly over the territory of several states to be deployed in the bloody conflict in Syria? Russian air raids against hospitals and a convoy of UN humanitarian aid vehicles? Propaganda and cyber attacks against Western institutions?

A balance of power is a thing of the past. So is predictability, and security. Brexit and the election of Donald Trump are the flashpoints of the new situation.

It will take time to create a new stable order in this multipolar world. This period of transition will witness much turbulence and a record number of crises.

No one wants war in Europe. At this stage of our Cold Peace, Russia is an opponent, not an enemy. It will not invade Europe, nor will it strike us. However, Russia will avail itself of any opportunity to weaken or splinter the European Union.

To that end, Russia makes use of its entire arsenal of nationalist, populist and fifth column assets, nuclear threat, cyber attacks and propaganda. Frozen conflicts, provoked by Russia in Ukraine, Moldova, Georgia, Armenia and Azerbaijan, are a cheap way for Moscow to hold sway over other states.

All this is important to my country of Bulgaria, as it directly impacts our future. It is in Bulgaria’s interest to avoid the division between Russophiles and Russophobes. We need a clear idea of where we belong.

I was one of the first European presidents to strongly condemn the Russian assault on Crimea. The Ukrainian people should decide which future it wants. We want to see as a partner the country that gave the world Tchaikovsky, Tolstoy and Dostoyevsky.

However, today we must deal with a Russia that is nationalistic and aggressive, with a president who treats Europe as an enemy, not a partner. Its president perceives the fall of the Berlin Wall as a disaster, and the European Union not as an innovative peace project, but as an obstacle to Russia’s domination of its “near abroad.”

Fortunately, today’s Bulgaria is a member of the European Union and NATO. This gives us security – more so than other Balkan states, or Ukraine. This is important at a time when the Balkans are perhaps Russia’s next target. Many of the states around Bulgaria can be destabilized from within by nationalists and oligarchs, corruption and propaganda, or by their dependence on certain energy supplies.

Although the secret services that thrived under communism have been dissolved, their operatives and networks live on. Resolute action is required today to root our policy in the rule of law, and not in the games, vested interests or spheres of influence dominated by the great powers.

A version of this article appeared in print in February, 2017, with the headline “Cold Peace”.

Rosen Plevneliev has been president of Bulgaria from January 2012 until January 2017.