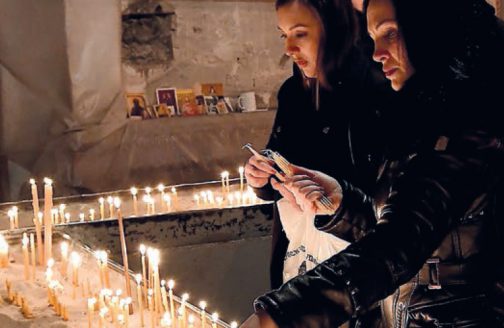 On the morning of January 16, 2018, Oliver Ivanović, 64, was on his way to the office of his citizens’ initiative “Serbia, Democracy, Justice” in Kosovska Mitrovica when several shots were fired at him from a passing car. The Kosovo-Serb politician was soon pronounced dead on arrival at the local hospital.

Ivanović’s murder raised eyebrows far beyond the borders of Kosovo, a state of 1.8 million inhabitants on the southeastern edge of Europe. One of the few Albanian-speaking Serb politicians in Kosovo, he was intent on maintaining good relations with the Albanian majority in this ethnically divided country.

The town of Kosovska Mitrovica has been divided since the Kosovo War in 1999. The part north of the Ibar River forms the largest Serb enclave in the otherwise Albanian-dominated former Serbian province, which declared independence ten years ago. For Serbia, Mitrovica is a symbol of its claim to Kosovo; for the international community it is a touchstone for the new multi-ethnic society it wants to see established in Kosovo. That also means that a lot of money flows into Mitrovica. Accordingly, political camps are fighting over the hearts and minds of the town’s 84,000 people – and a good deal more.

Following Ivanovic’s killing, the editors of Vreme – an independent newspaper published in the Serbian capital of Belgrade – speculated that he had become trapped between various criminal organizations and their political patrons, which cost him his life.

Whether this is true or not, the murder shows that, 19 years after the end of the Yugoslav Wars, threats to security in the Western Balkans no longer emanate from armies commanded by nationalist politicians. The armies of the countries in the region have all been firmly integrated into NATO structures (Serbia through an Individual Partnership Action Plan); Alliance troops are stationed not only in Kosovo, but also in neighboring Bosnia-Herzegovina and Macedonia.

However, organized crime tied to local political and economic power structures could easily spark fresh violence, and it could come from more than just the former Kosovo Albanian Liberation Army, the UÇK. In Bosnia, both local and international institutions expressed astonishment when, in January, it came to light that armed paramilitary groups still exist in the country, which has been a de facto European protectorate since 1996.

This should come as no surprise. It is well known that, with the exception of in a small area in eastern Croatia, the weapons used in the wars of the 1990s were not confiscated or eliminated in any way. Bosnia, Croatia and Serbia all have their own arms industries and export weapons ranging from pistols to tanks. There is no lack of hardware for lethal conflict.

Moreover, the state institutions, armies and security structures of ex-Yugoslavia have seen no real reform. Over the course of the wars, the ex-Communists-turned-nationalists joined forces with criminals to become today’s Balkan elites, which is why SUVs without license plates can be seen on roads all over the region. Drugs are sold openly on many street corners. Organized crime has little to fear from police or the courts in the Western Balkans.

Only Slovenia has succeeded in establishing institutions that can compare and compete with those of its Western neighbors. Croatia, on the other hand, has increasingly retreated to “Balkan” posturing since joining the EU nearly five years ago. Although acceptance of arbitration was a prerequisite for its EU accession, the conservative-nationalist government in Zagreb has recently abandoned EU arbitration over sovereignty rights in the Bay of Piran, which is claimed by both Croatia and Slovenia. Border disputes with Bosnia are also an issue. Moreover, Kosovo, Serbia and Montenegro have disagreements over their common borders as well.

Autocratic leaders and semi-authoritarian governments in these countries pose a threat to the rule of law, the separation of powers and media freedoms – it is no small wonder that people are “voting with their feet.” According to conservative estimates, 100,000 people in the region leave their home countries every year – most of them for Western Europe. They are driven away by chronic unemployment, which impoverishes 30 to 60 percent of the population, as well as corruption and political patronage at all levels.

The EU, its member states and the US are well aware of the situation. Probably no other area in Europe hosts as much foreign military, police and intelligence personnel. Then there are the international institutions, such as the Office of the High Representatives in Bosnia and EULEX, the EU’s rule of law mission in Kosovo – the largest assemblage of EU staff outside Brussels. Although conditions in the region are clear to see, policies of foreign players do not seem to change. German Foreign Minister Sigmar Gabriel announced last year that a plan for the entire Western Balkans would be forthcoming. So far, nothing has happened.

The same goes for EU development projects. Brussels supports the Western Balkans each year with millions of euros, but the plans for major road projects such as European traffic corridors V, VIII and X – which would create plenty of jobs – never get off the ground. As a result, China is now building roads and railways in the region.

Islamic extremism is also on the rise in the Balkans. More than a thousand volunteers from Kosovo, Bosnia and Macedonia fought for the Islamic State in Syria and Iraq. Their mere return could jeopardize the already fragile security in their home countries. At the same time, Salafists and Wahabis – ultra-conservative sects heavily financed by Saudi Arabia – are gaining an ever-firmer foothold in Muslim regions. Turkey, too, continues to increase its influence in the former provinces of the Ottoman Empire, while Russia woos the Orthodox populations of Serbia and Montenegro. The Russian news agency Sputnik is the most important media outlet in the region.

When Oliver Ivanović was assassinated – or, according local media, “executed” – police were patrolling a mere 70 meters from the scene. Yet the officers noticed nothing suspicious. A few hours later, an Opel Astra without a license plate was found in flames at the outskirts of Kosovska Mitrovica. It had apparently been used by the gunmen, who remain at large.

It is high time for the EU to act decisively in the Western Balkans. A failure to do so now will mean a major security problem in the near future.

RÜDIGER ROSSIG
is an editor at the German daily newspaper taz in Berlin. He is the author of the book (Ex)-Yugos: Junge MigrantInnen aus Jugoslawien und seinen Nachfolgestaaten in Deutschland ((Ex)- Yugos: Young migrants from Yugoslavia and its successor states in Germany) and the documentary Bosnia and Kosovo – Europe’s forgotten protectorates. 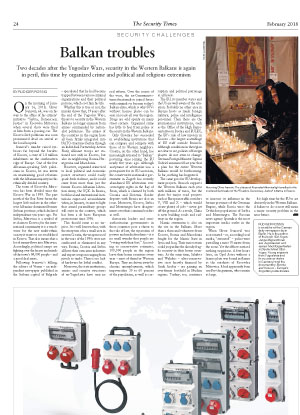