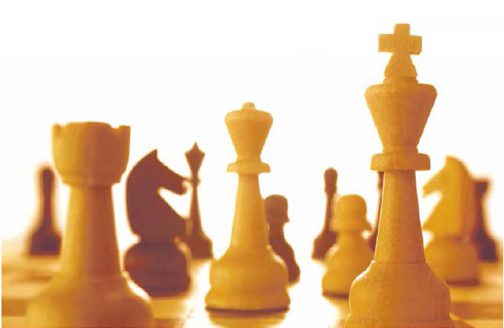 President Donald Trump feels Europeans must do more for their own defense. He is not alone among Americans. Many think the US has gotten a raw deal. How far will Trump go to put America first?

America’s European allies say they aim to increase their defense spending to 2 percent of national GDP by 2024. But how many of them mean it?

The sharing of defense burdens is a toxic battleground in the new relationship between the US and Europe. It will dominate the agenda when Trump eventually meets NATO and EU leaders in Brussels. The worse US-Europe relations get, the more sour the issue will become unless all sides grow more realistic about what they give and what they get in terms of Europe’s defense.

Americans focus on defense spending input, arguing that worldwide US defense efforts count. On this basis, NATO input figures show that over 70 percent of total defense spending by NATO allies is by the US, only 21 percent will come from EU allies after Brexit, only four other allies (out of 27) spend more than 2 percent of their GDP on defense, and six allies spent less on defense in the past year than the year before. The US considers these numbers to be unimpeachable proof that Europeans don’t really care about their own security and that the US has to do all the heavy lifting.

Europeans tend to focus on defense output. NATO is actively trying to reduce its reliance on the US for the pool of military forces and capabilities that NATO leaders have agreed the Alliance needs. This is an effort for the next 20 years. Initial NATO output figures already suggest that the US provides less than its 46-percent share of NATO’s total GDP. Europe considers this evidence that the US is not pulling its weight in an Alliance where “fair shares” are measured by economic strength. In actual fact, the truth lies somewhere in between, in other measures of defense effectiveness and security self-interest.

For the 21 areas of defense capability where NATO judges that it falls short – e.g. air-to-air refueling and strategic lift – the allies have a sensible rule of thumb that the US should be expected to provide half at most. Europeans have clearly fallen short in these terms, having coasted for decades on higher US investment in capabilities. Only nine European allies currently meet the agreed target of spending 20 percent or more of their defense budgets on equipment and research by 2024.

But the fight is as much about geopolitical perceptions as actual numbers. More than 70 years after World War II, why should the US contribute to the defense of the second largest economy in the world and some of the richest societies on the planet? Why shouldn’t Europeans look after their own security?

The answers depend on how isolationist Trump’s America will be and how serious the EU is about its pursuit of “strategic autonomy” – an idea to which EU leaders recommitted at their European Council meeting last month. It is easy to foresee trouble if the burden-sharing debate shifts to this emotive political level. All sides should be careful to focus on the facts. One could talk about the interdependencies of the transatlantic economy, or the way in which the United States, over the last century, was drawn into European wars against its first instincts. A better tack is to dwell on some elements of common defense.

Provisional NATO figures suggest that, even in the unlikely event that European allies deliver all the extra military capability that NATO is asking of them, the US share of the NATO capability burden would still be more than one third in 2036.

It’s a safe bet that, for several more decades, and well beyond 2036, Europeans are set to remain significantly dependent on the US for their own security, even if they make a considerable effort towards autonomy. Both sides should accept this fact.

President Trump should certainly get used to it, even if elected to a second term. By 2024, European allies will have struggled to meet even the 2-percent target. Every year from now until 2024, the 13 NATO allies who spend 1.2 percent of GDP or less, such as Germany, would need defense budget increases of more than 6 percent on top of GDP growth. And it would be hard to spend the extra money wisely. It takes more time to grow equipment than to increase personnel, pay or pensions; and military procurement and delivery are slow.

For Trump, the choices all look bad. US pullback or withdrawal would reduce leverage for deals with Russia, weaken the Alliance and constrain NATO’s ability to execute either collective defense in the Euro-Atlantic area or counterterrorism at its periphery. A US climb-down would mean continuing its recrimination of burden sharing. A downward re-definition of Europe’s defense needs would take the pressure off underperforming allies and perhaps permanently deprive the US of capable partners.

So, what should NATO’s May summit with Trump hope to achieve? And the EU-US summit to immediately follow it? The answer is the same as always, but that does not make it wrong. Americans and Europeans must become realistic about defense interdependence.

In practical terms, NATO must improve its collective approach to identifying capability shortfalls – its future credibility depends on it. EU member states should also make good on their pledges regarding EU security.

In realistic terms, all non-US allies should demonstrate their seriousness about boosting both their defense capabilities and their defense spending. The EU should accelerate its partnership with NATO. And both organizations need good news for Trump about the coherent, complementary and interoperable capability development to which their members committed in December when they concluded to implement the 2016 EU-NATO Joint Declaration.

In political terms, Europeans need to hear from President Trump himself – not just from Theresa May or General James Mattis – that he is indeed 100 percent committed to NATO. He must explain to Americans that NATO allies are the best friends America has.

In return, Europeans must wake up. They need to acknowledge that allies and national security must be continually earned through their own efforts and increased investment. European leaders need to explain to their constituents that Europe is not the safe place they have imagined it to be since 1989, that Europe’s defense will remain dependent on US military capabilities for a long time to come, and that this is not just a necessary thing, but a good thing as well.

A version of this article appeared in print in February, 2017, with the headline “The Europe Defense”.

Sir Adam Thomson is the director of the European Leadership Network and a former UK permanent representative to NATO.

Europe must deliver on the issues people care about