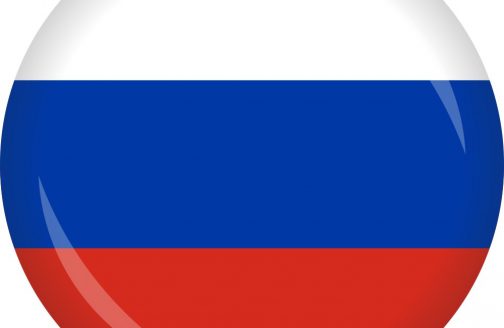 The renewed conflict between Russia and the US – one that harkens back to the Cold War yet remains essentially distinct from the former – began in 2014 and has intensified ever since. Russia fundamentally opposes global American hegemony and remains profoundly skeptical of the prospects for a liberal world order. This confrontation is unlikely to dissipate and its effects, above all on Europe and especially on Germany, are best mediated through tactical considerations. This is only possible where interests converge or coincide.

In the next five years, Russian relations to the United States and European countries may be marked first by heightened rivalry and later with growing tensions. The Europeans have no reason to fear unprovoked incursions by Russia on NATO territories; however, incidents along the new geopolitical dividing line – stretching from Arctic to the Baltic and Black Seas and from the Donbass region into the eastern Mediterranean realm and Syria – could theoretically jeopardize peace. The “Syrian missile crisis” in April 2018 exposed the very real danger of a head-on collision between armed forces of the Russian Federation and those of the US.

In the unfolding confrontation, Russia holds the weaker position and will attempt to compensate for this disadvantage using a plethora of tools. Russia will focus more intently on nuclear deterrence and on non-nuclear weapons systems, as President Vladimir Putin laid out in March 2018 in his address to the Federal Assembly. Russia will establish an equilibrium of forces to its advantage while developing a quicker decision-making process and implementing necessary measures more purposefully, including the use of military force. It will create uncertainties that make it difficult for its opponents to act. It will engage in a vast array of hybrid operations. Russia’s comparably high level of activity indicates that it is prepared to take greater risks and accept greater losses than its opponents.

Managing the conflict between Russia and the US is becoming a question of utmost importance. The key is to increase predictability in order to prevent incidents involving military aircraft and ships. The normal functioning of communication channels must be secured, as well as direct links between high-ranking military personnel and representatives of the intelligence services. Relationships based on trust are critical to being able to discuss contentious issues as discreetly and constructively as possible.

Bother sides are already working towards these goals. Since 2015, a continual communication link has been maintained for the purpose of preventing incidents in Syria (deconfliction). Personal contact currently exists between the Pentagon and higher-ups at the Ministry of Defense of the Russian Federation as well as between the General Staff of the Russian Armed Forces and the US Joint Chiefs of Staff, the General Staff and NATO authorities. At the start of 2018, the heads of the three Russian secret services – the FSB (Federal Security Service), the SVR (Foreign Intelligence Service) and the GRU (Military Intelligence) – visited the United States.

Nevertheless, the danger of a sudden clash persists, as illustrated by two recent events. The first was a February incident near Deir ez-Zor, in which large number of Russian citizens – deployed in Syria as enlisted or contracted soldiers – were wounded or killed. And then in March came the warnings by the Chief of the Russian General Staff, Valery Gerasimov, of the consequences of a potential missile strike on Damascus. The fact that an attack at the beginning of April by the US and its allies was carried out so as to avoid a clash suggests that precautions to prevent collisions are generally effective, yet not sufficient to bring about a de-escalation of tensions.

The poison attack in Salisbury in March has significantly strained relations between the Russian Federation and the countries of Western Europe. Germany, along with most other EU countries, has stood in solidarity with Great Britain and expelled Russian diplomats. While possibilities for practical interaction still exist, they are now reduced in scope.

Moscow will continue to insist that Washington perceive it as an equal partner and recognize Russian interests. For the Kremlin, this is the single-most important goal of its foreign policy. The US, however, is hardly prepared to follow suit. As long as the county remains mired in the dire domestic crisis brought on by the election of President Donald Trump, there are no prospects for serious dialogue.

And Moscow will continue to insist that the West respect Russia’s security zone and abandon its attempts to incorporate into NATO Ukraine, Moldova, Georgia and other former Soviet republics, that international crises like in Syria, Libya or North Korea are addressed and resolved collectively under the aegis of the UN Security Council, in which Russia holds veto power, and that normal economic relations between Russia and the West are resumed.

As such, the Donbass problem should be resolved on the basis of the Minsk Protocol of 2015, if necessary with UN forces, and not on the idea that the People’s Republic’s of Donetsk and Lugansk be delivered from the mercy of Kiev. With regard to Crimea, an international formula should be articulated in the long term for the recognition of the peninsula as part of Russia corresponding to the wishes of the peninsula’s inhabitants. Until that time the current state of affairs should be acknowledged de facto.

The Russian government is of the opinion that concerning themes on which Russia and the West in principle agree, it should act as an equal partner to Washington. Overlooking fundamental disagreements so as not to prevent cooperation in other areas, such as the attempt to reboot Russian-American relations in 2009 and 2010, amounted to neglect of the question concerning the status of Abkhazia and South Ossetia. Regarding all other questions, it is imperative to Moscow to search for acceptable compromises on both sides. All this currently stands in clear contradiction to Washington’s beliefs. In terms of the general questions surrounding the establishment and maintenance of an international order, Russia has proposed neither an alternative nor a detailed plan for reform. Moscow is not so concerned with the international order, but rather with the dominant position of the United States within it. In other words, Moscow’s gripes are focused more on procedure than content. Russia is interested in its own place and its own role in this order.

Russia is striving specifically for a permanent place among the world’s leading powers as well as for some sort of actual or legal veto power, such as it enjoys on the UN Security Council. It wants to be among those countries that develop rules as opposed to those that must subordinate themselves to norms imposed by others. Russian authorities thus consider the model of the UN Security Council to be optimal. However, the Russia-NATO Council has been a disappointment, which is no great surprise considering it comprises Moscow alongside 28 allies of the US bound to one another by the solidarity of the NATO Alliance.

In an atmosphere of such confrontation, few in Russia actually expect the West to consider Russia’s proposals of an equitable international order. Russian leadership has found itself on war footing since 2014. It is their opinion that the international order is no longer an object of negotiation, but rather the essence of global contention. In Ukraine, Moscow will defend its very own security concerns; in Syria, at issue is its status as a world power. Russia has previously tried to insert itself into the liberal world order it is now challenging. The United States and the countries of Europe have fronted this challenge. This conflict is bound to come to a conclusion in the near future, yet Russia, of course, has no chance of emerging victoriously over an opponent many times superior to itself. How can it defend its interests it considers so vital?

At present, Moscow is countering Western-oriented globalism through a series of regional relationships. The United States is strengthening its positions in Europe (via NATO mechanisms) and the Indo-Pacific (by solidifying bilateral alliances with Japan, South Korea, Australia and forging new partnerships with India and Vietnam). In return, China is promoting its “One Belt, One Road” initiative and Russia is fortifying relations with Asian countries – from Turkey and Iran to India and China, Southeast Asia, Japan and South Korea. Western sanctions against Russia and the prospects of a trade war between the US and China have eviscerated the conception of a united world. Amid these conditions, Moscow has begun paying more attention to regional and subregional agreements such as BRICS (Brazil, Russia, India, China and South Africa), the Shanghai Cooperation Organization (SCO), the Eurasian Economic Union (EAEU) and the Collective Security Treaty Organization (CSTO) to name a few. Of the global forums and the issues they address, Moscow, which was expelled from the G8 in 2014, considers the UN Security Council and the G20 to be the most useful for its purposes. Despite the most recent successes of the Russian military and Russian diplomacy (especially in Syria), further results of Russian foreign policy at all levels and in all vectors hinge on the success or failure of a reset of the Russian economy. As such, the first part of President Putin’s address to the Federal Assembly (on economic and social questions) is considered strategically more important than the second part (on new weapons systems). As of today, however, prospects for serious changes within the Russian economy are far from encouraging. The preservation of the existing political model of its economy severely restricts the opportunities for growth and development of the country. With a new mandate stemming from another six-year term in office, Putin will probably concentrate on ensuring political control and a possible transfer of power to a new generation of politicians. The next five years will most likely provide no clear answer to the question of whether Moscow will succeed in underpinning its military and political strength with a foundation of economic and technological strength; however, they may succeed in providing the Russian elite and Russian society as a whole with more sober understanding of their country’s actual national and international perspectives. The main question is not which issues will define the president’s fourth term, but rather which trajectory post-Putin Russia will take in five or perhaps ten years.

Whatever happens in Russia, the distance between Moscow and Berlin will continue to be two hours in summer. Germany cannot ignore Russia. Unfortunately, in recent years the term Russlandversteher – someone that understands, if not sympathizes with, Russia’s actions – has taken on a derisive overtone in Germany, whose general understanding of the circumstances in Russia has become deficient. All the same, the Cold War is a thing of the past; communication channels are not closed, especially those of a non-political bent. And they should not only be maintained, but indeed treasured. It is vital to possess a good understanding of how German and Russian society are alike and concur, as well as how and when they diverge. And it would behoove us all to recognize Russia’s right to act in its best interest within Europe and internationally while remaining loyal to itself – thus as Europe’s neighbor and not as its inferior copy. Irrespective of all problems and inconsistencies, it is ultimately critical to preserve what is arguably the most important – yet somewhat under-appreciated – achievement of the second half of the twentieth century: Russian-German reconciliation, one of the most essential foundations for peace and stability in Europe. (This article is published in the June edition of the Petersburger Dialog.)