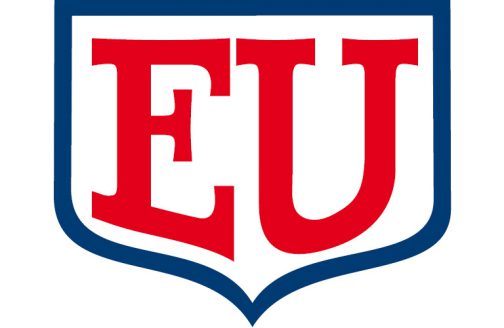 Since then, however, with the annexation of Crimea and the war in Ukraine, Europe’s security order has plummeted into a grave crisis. Moreover, Syria’s civil war has evolved into a regional conflagration that has also led to the greatest refugee catastrophe since the end of World War II. Terror attacks by the Islamic State have hit cities across Europe. The new US president openly questions American treaty obligations. And the list goes on. The arguments made by Gauck, von der Leyen, and Steinmeier are even more pertinent today.

EU foreign and security policy represents a particularly promising and important focus of German initiative. Over the past decades, Germany has benefitted from a peaceful Europe that is politically and economically integrated in the European Union and anchored in NATO.

If Berlin acted resolutely on promoting EU external action, Germany would be able to advance Europe’s global influence – and thereby its own – and could also find a way to avoid falling into the “hegemony trap” Berlin faced during the financial crisis and the Euro crisis. Germany could thus simultaneously further two key strategic objectives: a stronger, more capable EU, and a European Germany fully committed to collective European action.

After all, the central principle of German foreign policy applies today just as it has in past decades: without Europe, all is for nought. Responding to today’s uncertainties with a renewed focus on the nation state cannot forge a path to peace and prosperity. No German foreign policy interest is more important than the creation and preservation of a stable European environment.

In the aftermath of the financial crisis, the Euro crisis, Brexit and the rise of right-wing populism, one thing seems obvious to many: a majority of Europe’s citizens wants less Europe rather than more Europe, and more self-determination and control at the level of the individual state. While this may be true for some policy areas, it does not, in fact, apply to foreign and security policy. According to a Pew Research Center survey from the spring of 2016, 74 percent of respondents across ten EU member states favor a more active role for the EU in world affairs. In Germany, too, 74 percent endorsed this idea, while only 18 percent would prefer to see the EU assume a less active role.

Thus, even as Europeans have generally grown more skeptical of the EU, they sense very clearly that nation states are too small, too insignificant and too weak to address immense foreign and security challenges on their own. Citizens are well aware that Europe can only defend its interests across the globe if it does so collectively through effective EU foreign and security policy.

While these developments are important, they represent little more than a first step in the right direction. What are the next steps for the EU? And how can German policy sustain and promote this process?

There are several obvious tasks where German initiatives and actions can and should strengthen EU foreign and security policy. As Henry Kissinger once said, Germany is too small for the world and too big for Europe. There is a single solution to this dilemma: only as a part of Europe is Germany big enough for the world – without beeing too big for Europe.

A version of this article appeared in print in February, 2017, with the headline “Big League”.

Wolfgang Ischinger, a former German ambassador to the United Kingdom and the United States, is chairman of the Munich Security Conference.

The Munich Security Conference was voted the world’s best think tank conference in 2016 by the Think Tanks and Civil Societies Program (TTCP) of the Lauder Institute at the University of Pennsylvania. It is the fourth straight year the MSC was ranked first.

Over 2,500 university faculty and administrators, journalists, policymakers, think tank scholars, think tank executives and donors from every region of the world participated in the 2016 Global Go To Think Tank Index (GGTTI). The MSC ranked ahead of the Institute for International Political Studies (ISPI, Italy), Shangri-La Dialogue (Singapore), French Institute of International Relations (IFRI, France) and the Brookings Institution (US).

The TTCSP conducts research on the role policy institutes play in governments and civil societies around the world. Often referred to as the “think tanks’ think tank,” TTCSP examines the evolving role and character of public policy research organizations