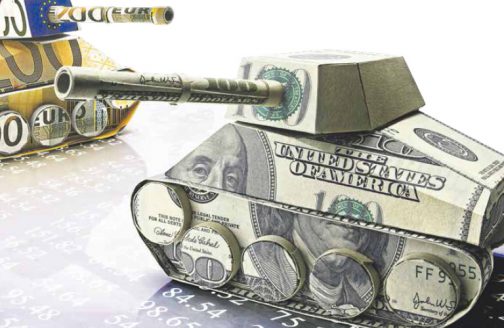 Europe stands at a crossroads. Internally, populist forces question the basis of our liberal democracies and the Brexit vote has shaken the very foundations of the EU, probably the world’s most successful democratic project.

Externally, the list of challenges seems almost infinite; vast parts of the Middle East and Central Africa are held back by devastating civil wars and collapsing states. People in the Southern Neighborhood of the EU are fleeing their homes from terrorism, violence and economic hardship. The Mediterranean is facing an unprecedented humanitarian catastrophe. In the east, Russia has embarked on an expansionist foreign policy and is willing to pursue its goals by military means and the breach of international law. On top of that, Europe is confronted with a US president whose foreign policy priorities remain unclear or contradictory.

Jean Monnet, one of the founding fathers of the European Union, already knew that “people only accept change when they are faced with necessity.” The truth is that Europe has taken the easy way out for too long.

While there has been some progress in recent years, the EU’s role in security and defense matters can be summed up as “too little, too late.” For many years Europeans have overly relied on the US, expecting the world’s policeman to step in whenever necessary.

The new US administration is yet another reason to call for a paradigm shift. President Donald Trump knows the EU possesses the financial power and technological know-how to be a global player. And he does not shy away from demanding Europe’s commitment in military terms as well.

Europe must finally wake up and adapt to the new reality. It will be vital to consolidate the various defense initiatives pursued by individual EU member states – as repeatedly called for in European Council resolutions – and take concerted action towards the establishment of a European defense union. This would provide the EU with urgently needed defense capabilities. How can this be achieved?

A version of this article appeared in print in February, 2017, with the headline “Defense Union”.

Alexander Graf Lambsdorff is vice president of the European Parliament and a member of the Alliance of Liberals and Democrats for Europe Group.