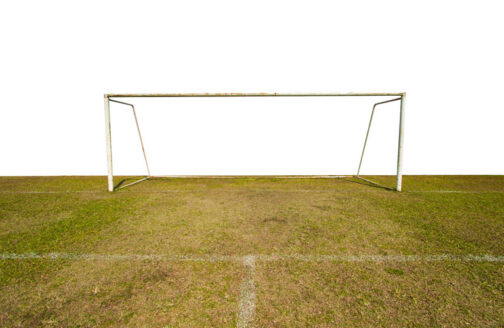 Will the American century indeed give way to the Chinese century? While this may be the case in terms of industrial production, it will be some time before China can dominate the international order and become the actor dominating the globe. At the moment, the US commands the economic potency and the military might to pursue its global interests. China, on the other hand, will not possess such resources for at least another decade, and perhaps for even longer.

Chinese leadership is, in fact, not targeting global domination, but rather large-scale zones of influence. In its crosshairs are Southeast and Central Asia as well as parts of Africa, not worldwide supremacy, as such grand ambitions would overtax China’s resources and capabilities.

The foreseeable transformation of the international order, therefore, does not entail the emergence of a new “world’s policeman,” but rather a fundamental reconfiguration of this order. The existing world order relies on the presence of a custodian, but there is no country willing to step up and assume this responsibility. The US no longer wants it; China is unwilling and unable to pick up the mantle; and the same is true for the Europeans. At the dawning of our new decade, we are thus equipped with an international order that ought to have a guardian to enforce normative rules and regulations, but such a guardian no longer exists.

This is a politically perilous situation. There is a growing risk that misunderstandings and political power vacancies will lead to confrontations and ultimately to wars that no one wants.

What happens when large swaths of political geography are lacking a sorely needed custodian can be ascertained by examining current developments in the Middle East as well as the neighboring Black Sea region. These areas are rife with hegemonic conflict like that between Saudi Arabia and Iran, which functions as a magnet dividing the region into friend or foe while drawing in neighboring powers, as is currently the case with Turkey.

The range of tasks facing a custodian of transnational order is as complicated as it is demanding – the oft-used term “world’s policeman” falls far short of capturing all the facets of the role. “Investor in common goods” comes considerably closer to the mark. Such common goods can be an international currency that connects national economies with one another, or a binding international law of commerce, or even the organization of transnational goals like limiting climate change and preserving biodiversity. But the role can also include security policy tasks like mitigating arms races by issuing security guarantees, for example in the form of nuclear protection umbrellas to stem the proliferation of atomic weapons.

Thus, it is soft power rather that best characterizes the duties of a custodian. But when necessary, the guardian must also muster hard power to secure that order prevails.

By no means do these custodial systems need to have global dimensions; they can be limited to specific regions. In the second half of the 20th century, “the West” – Western Europe and the US – was one such system, as was the Eastern Bloc. In the West, the US was the custodian, in the East, the USSR; their roles were similar, while the means of executing their roles varied significantly.

This bipolar system was not truly global, as it was mainly limited to the Northern Hemisphere, but it had considerable radiance from the north into the global south. It was a system with tiered ambitions and expectations.

Spatial limitation and the gradation of obligations were beneficial to the responsibilities of the custodian, as goods that were once common became club goods. As a consequence, at the blessing of the custodian, only those who belonged to a club – i.e. a particular system of alliances – could participate, and entrance to the club was contingent on a proportional contribution to the provision of these goods. This prevented freeloaders and minimized the general burden of the custodian.

At the beginning of the 1990s, all this changed, as it was expected that the West would undergo a global expansion. Club goods then reverted to common goods, to which all had access, even those who did nothing to contribute to their availability. As a result, the burden on the custodian grew, whether or not it was prepared or even able to shoulder it. Under President Barack Obama, the US slowly retreated from its global commitments, and under President Donald Trump it demonstrably turned its back on them. “America First” became the catchphrase for this retreat, and it applied not only to the international order, but increasingly to the former West as well.

If China does not assume the responsibility temporarily shouldered by the US, it’s because it has recognized that global systems always ultimately overwhelm their custodians. Paul Kennedy has spoken of “imperial overstretch.”

In other words, a custodian can only persist if the common goods for which he is responsible are transformed into club goods. For this reason, contrary to expectations prevalent in Germany, the United Nations will never be able to assume a global custodial role, however desirable such a scenario may be under normative conditions.

But what does this mean for the current transformation of our international order? It says a lot that the reconfiguration is leading to a system without custodians. The result will be an international order with fewer regulations and a reduction of its normative framework. In short, the project of adjudicating international policy is over.

In its wake, a series of major players will determine the global order, and they will only forge agreements among one another that are in line with their own interests. These major players will include the US, China, Russia (above all for its nuclear weapons and its ability to deliver them), the European Union (yet only on the condition that it develop a greater ability to negotiate as a collective) and presumably India. There will also be a second tier of powers – and then all other states that are objects and not subjects of this international order. The US and the EU will perhaps cooperate more closely with one another than with others, but the old West will be a thing of the past.

International systems without custodians function most reliably if each member of the system is prone to forming coalitions with all other members; thus, each player must carefully consider which opposing coalitions it will provoke through its negotiations. This new world order lacks legal foundations and ethical norms and rests solely on unilateral calculations and self-interest. In terms of normativity, this is a great leap backward.

It says a lot that the decade ahead of us is already marked by the emergence of such a system. The further this development progresses, the more meaningless and ineffectual becomes any policy that attempts to adhere to the old model of order and that focuses on moral suasion, international standards and other elements that would call for a custodian the likes of which no longer exists.

This goes particularly for Germany’s foreign policy, which already often seems stale and rather helpless. It has the propensity to warn against developments that have long since become fixed realities. Yet, the more one adapts to the new constellations, the more effectively Berlin can contribute to making Europeans the subjects – not objects – of the new world order.

HERFRIED MÜNKLER
is a professor of political science at Humboldt University in Berlin. 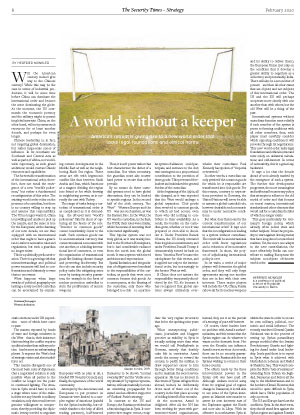