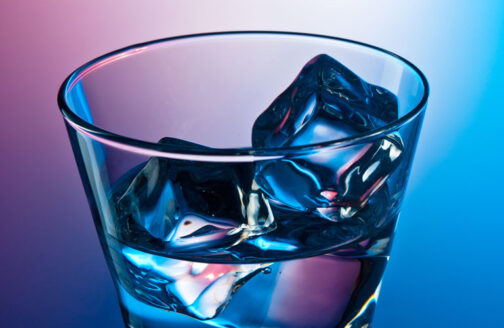 US-Russian relations continue to deteriorate. Expectations on both sides are extremely low. Arms control is unraveling fast, with the Trump administration seemingly more likely to let the New START treaty expire within a year than to extend it. Opens Skies may be another agreement that US President Donald Trump would like to discard. The coming US presidential election might well result in new accusations of Russian meddling, which would lead to new sanctions against Russia.

But whatever the outcome, more sanctions are a near certainty. As has been the case for the past six years, the most one can realistically achieve in the foreseeable future is to prevent an inadvertent direct military collision between Russia and the United States. In the absence of meaningful US-Russian dialogue, communication channels between the two countries’ top defense and security officers remain the only instruments of keeping the peace between the two adversaries.

Russia’s relations with Europe continue to disappoint. Expectations of a breakthrough or at least significant progress on Donbass, which were raised as a result of the Ukrainian presidential and parliamentary elections of 2019, have had to be significantly rolled back. It is possible that the line of contact in Ukraine’s east may see a prolonged lull in shelling and shooting, with more civilians freely crossing the line to go about their daily business and prisoners still kept by both sides returning to their families. What also seems probable, however, is a long-term freeze of the political status quo in Donbass.

The Minsk agreement, whose implementation is a sine qua non for the lifting of EU sanctions against Russia, will remain unfulfilled. Moscow’s insistence on a special constitutional status for Donetsk and Luhansk remains anathema to Kyiv. The late-December Russian-Ukrainian gas transit agreement, under which Moscow agreed to honor a court decision in favor of Kyiv, has failed to avert the US imposition of sanctions on companies involved in laying the Nord Stream 2 pipeline across the Baltic Sea. The German government called the US action unacceptable, but the construction has stopped and the completion of the project will be delayed.

Even with the sanctions in place, it appeared at one point that the leading EU member states were poised to initiate a rapprochement with Moscow. French President Emmanuel Macron invited Russian President Vladimir Putin to his summer residence for a wide-ranging private discussion of the relationship. Coming on the eve of the G7 meeting, this sparked a brief debate on the merits of inviting Russia to re-join the group from which it was expelled in 2014. In a subsequent interview with The Economist, which caused quite a stir, Macron, while pronouncing NATO “brain-dead,” talked of the need to open a dialogue on European security with Moscow. Some in France and Germany voiced concern that isolating Russia would only serve to push it even closer to China, with negative implications for Europe.

These arguments have been less than compelling. The formal cancelation in 2019 of the INF Treaty raises the possibility of a new US-Russian missile stand-off in Europe. Yet, to Moscow’s surprise, this worrisome prospect has failed to stir European governments into action to prevent an additional confrontation. Indeed, European calm has only confirmed the fact that Europe’s security on the Western side is fully managed by NATO. French leaders can make statements, but little more, particularly when their views are not even supported by France’s closest partner, Germany, which remains steadfast in its Atlanticism. Chancellor Angela Merkel recently made a rare visit to Moscow, but only to discuss Libya’s security, not Europe’s, with Putin.

The coming 75th anniversary of the victory over Nazi Germany in World War II has opened a new front in European-Russian relations. Moscow angrily rejects the notion, contained in the European Parliament’s resolution, of the joint responsibility of the two totalitarian regimes, Hitler’s Nazism and Stalin’s Soviet Bolshevism, for the outbreak of World War II. Victory in the Great Patriotic War of 1941-1945 is key to both the official and popular Russian historical narrative as well as the country’s very self-image; any attempt to undermine it is widely regarded as a vicious case of Russophobia.

Against this background, Moscow’s relations with – and public attitudes toward – a number of Eastern European countries, from Poland to the Baltic States to Ukraine, have reached new lows.

Looking ahead, Russian-Western relations are unlikely to improve in the next few years. If history is any guide, US sanctions, enshrined in law, will outlive most of today’s politicians. There are limits to the daylight that can be allowed to emerge between US and EU policies on Russia. As for Moscow, while the cost of adversity is considerable, Russia’s resources are not exhausted. Putin’s position remains more or less solid, so strategic concessions are out of the question. The past six years have proven that the Kremlin’s foreign policy will not change under Western pressure.

Even as the Russian president has now launched a long process of political transition, it has become clear that while Russians will vote for a different head of state in 2024, the new governance structure and the personalities filling it will be Putin’s choices. It is widely accepted that Putin himself will likely act as the country’s top authority for years after 2024.

The bad news is that the Moscow-Washington confrontation will continue; the good news is that there will be some guardrails built around it. Russia’s relations with European countries will vary from the pragmatic, such as with France, Germany and Italy, to the highly toxic, such as with several Eastern European neighbors. The conflict in Donbass is unlikely to rekindle or escalate, but nor will it be solved anytime soon. Crimea will stay Russian, but will not be internationally recognized as such. There will be no hostilities in the Baltic Sea area, but hostility on both sides of the NATO-Russian divide will become more deeply entrenched. The Arctic will become busier commercially, but more militarized as well. The Balkans, while no longer an East-West battleground, will be a sandbox for small-time geopolitical games. The Eastern Mediterranean, however, is emerging as an area where Russia, again, is competing with the West.

DMITRI TRENIN ‘
is director of the Carnegie Moscow Center and author, most recently, of Russia (Polity Press, Cambridge, 2019). 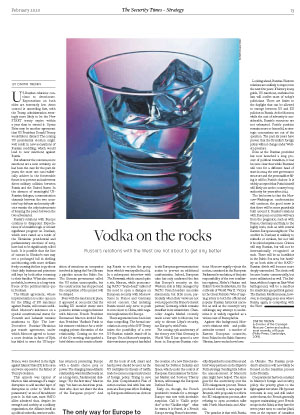