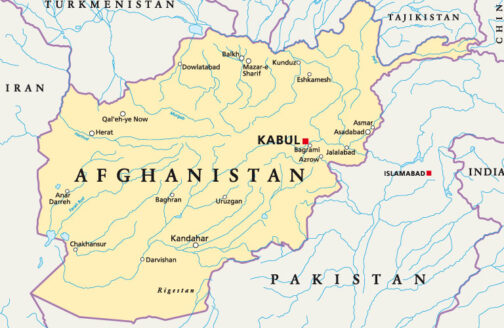 The situation here is not good. Actually, this place is never considered safe,” said Mir Suleiman, a teacher from the northern Afghan province of Baghlan. He grew up in an area called “the factory,” which is named after a sugar works built in the 1940s near Puli Khumri, the provincial capital.

The area, once an economic hub that attracted laborers and merchants from all around the country, is now haunted by violence. Several parts of Baghlan are controlled or contested by the Taliban. Fighting between insurgents and security forces occurs on a daily basis. “The other side of the river belongs to the Taliban. You can see and hear their motorcycles,” said Farzad Sattar, a local engineer.

While some youngsters are busy fishing nearby, Sattar describes how the war continues to tear apart families and friends in the province. “We all know each other here. But you will find people fighting on different sides, even within families. There’s one brother who joins the Taliban, and there’s another one who goes to the Afghan National Army.” Young men can be easily recruited by the Taliban and then leave their families. “I think it’s not just the propaganda they’re trapped in. We have to consider the fact that everyone in Baghlan grew up with violence. They don’t know anything else,” says Sattar.

While the US re-initiated peace talks with the Taliban at the end of 2019 in Qatar, people in Baghlan do not think that even a peace deal would bring any immediate change to their lives. The US-Taliban talks are focused on the withdrawal of American troops from Afghanistan. It’s not about ending the war in which Afghans are fighting Afghans. Most battles are taking place between the Taliban and the Afghan security forces.

“Any peace deal would be good, but we need to stop killing ourselves. A deal with the Americans would not guarantee enduring peace in Baghlan and many other parts of Afghanistan,” said Mohammad Sultan, a local. He points out that government forces have become extremely violent as well, and often target civilians. “They don’t care if you’re an insurgent or not. They just attack you and question later.”

“CIA-backed Afghan forces in case after case have disregarded protections to which civilians and detainees are entitled, and have committed war crimes. In case after case, these forces have simply shot people in their custody and consigned entire communities to the terror of abusive night raids and indiscriminate airstrikes. The US and Afghan governments should end this pathology and disband all irregular forces,” Patricia Gossman, HRW’s Associate Asia Director and the report’s author, told The Security Times after speaking to three dozen witnesses of such operations.

In the 50-page report released last October, the New York-based rights group documents 14 cases across nine provinces over the last two years. According to HRW, the cases clearly illustrate that the Afghan forces trained and funded by the US intelligence agency have shown little concern for civilian life and or accountability to international law. The militias are active all over the country, most recently in the provinces of Khost, Paktia, Paktika, Nangarhar and Wardak.

According to the UN, Afghan and international military forces were responsible for at least 484 civilian deaths and 777 civilian injuries in 2019. At least 468 of those civilian deaths were attributed to foreign military forces. Most of these casualties are the result of airstrikes. US forces conducted at least 7,423 air strikes in 2019, a new high that amounts to an average of 20 strikes a day, according to the Pentagon.

“Airstrikes happen in Baghlan too, but there are considerably more in neighboring Kunduz,” said Mohammad Sultan, who grew up in the region. Large parts of Kunduz province are controlled by the Taliban. In 2015, its provincial capital fell into the hands of the insurgents for a few days. The temporary fall of Kunduz was a shock for both President Ashraf Ghani and his international backers. It was the first large city captured by the Taliban since 2001.

The city was later liberated, but “it’s wrong to believe that the Taliban are gone,” said another local resident. “They don’t control the city, but they are everywhere else. Their fighters regularly come to Baghlan. This is happening because we have a weak and corrupt government.”

EMRAN FEROZ
is a freelance journalist focusing on the Middle East and Central Asia. He regularly reports from and on Afghanistan. 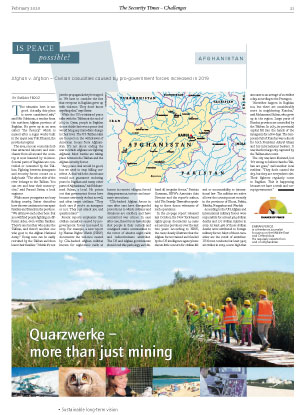